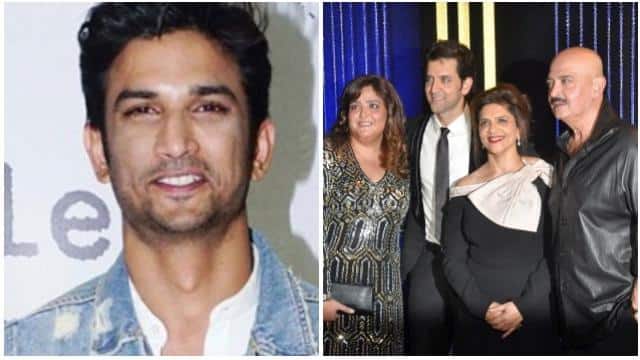 In the case of Sushant Singh Rajput’s death, the Center has accepted the Bihar government’s recommendation for a CBI inquiry. During the hearing on Riya Chakraborty’s plea, Solicitor General Tushar Mehta told the Supreme Court on Wednesday that the Central Government had accepted the recommendation of the CBI inquiry. Let me tell you that for the past many days many leaders including the fans of Sushant were demanding that the case be handed over to the CBI. In such a situation, when news of accepting the recommendation of CBI investigation came, people from different areas are expressing their reaction. Bollywood stars are also giving their reaction on social media, expressing their happiness about this news. After Ankita Lokhande, Shekhar Suman, now Hrithik Roshan’s mother Pinky Roshan and sister Sunaina Roshan have also expressed their happiness in giving their response.

On social media, Hrithik Roshan’s sister Sunaina Roshan shared several posts related to him after the Sushant case was handed over to the CBI in which he has welcomed the decision of the central government. Sharing the picture of Sushant Singh Rajput, he wrote- Justice for Sushant Singh Rajput.

A Pinky Roshan shared a post written by Justice. It is easy to guess from these social media posts of Hrithik’s mother and sister that both are very happy with this decision of the central government and Sushant is hoping to get justice at the earliest.

Get great interest in these Schemes of Post Office, Learn Latest Interest Rates

Do not make these 5 mistakes while filling the check, it can be a big loss