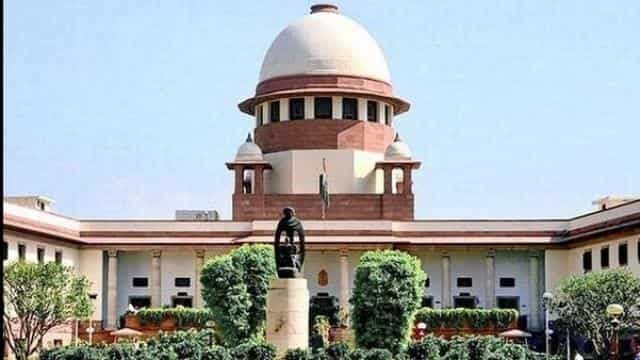 The Supreme Court on Thursday sought the reply from the Finance Ministry on the question of waiving interest on loans during the period of postponement of loan repayments during the Corona virus epidemic. The Reserve Bank of India has already stated that it would not be prudent to forcibly waive interest, putting banks’ financial condition at risk. The apex court said that there are two aspects to its consideration in this case. First, no interest should be charged on the loan during the moratorium period and no interest should be charged on the second interest.

Why no interest exemption on EMI deferral

A bench of Justice Ashok Bhushan, Justice Sanjay Kishan Kaul and Justice MR Shah said during the hearing of the case through video conferencing that it is a challenging time and it is a serious issue because on the one hand where EMI has been postponed On the other hand, interest is being charged on the loan. The bench was hearing Gajendra Sharma’s plea to declare that part of the Reserve Bank of India’s notification of March 27 unconstitutional in which interest is being charged on the loan amount during the period of the moratorium.

Sharma, a resident of Agra, has requested the government and the Reserve Bank to give relief to not recover interest on the repayment of the loan amount during the postponement period. On behalf of the Center, Solicitor General Tushar Mehta said that he would like to file a reply to the Finance Ministry in this regard and for this he needed time. On behalf of the petitioner, senior advocate Rajiv Dutta said that now the situation is clear and the Reserve Bank is saying that the profits of the bank are major.

Rajeev Dutta cited the recent order of the apex court in the matter of booking a middle seat on non-scheduled Air India flights. In this case, the court said that economic interests are not more important than people’s health. Dutta said that the statement of the Reserve Bank meant that during the epidemic, when the entire country is problematic, only banks can make a profit. He said that the petitioner wants to file his affidavit on the Reserve Bank’s reply.

File a reply to the Finance Ministry by 12 June

The bench asked Mehta to file a reply to the Finance Ministry in this case by 12 June. Also, the bench allowed the petitioner and other parties to file their replies till that time. As soon as the case began hearing, the bench took cognizance of the fact that the Reserve Bank’s reply was leaked to the media even before it came before the court.

Also read: Interest on waiver of EMI will be waived or not, know what RBI said in Supreme Court

Dutta asked, “Is the Reserve Bank filing its answer first in the media and then in the court?” He said that this is an attempt to make the whole case sensational. The bench said that this is a highly reprehensible conduct and should not be repeated. The apex court had on May 26 sought a response from the Center and the Reserve Bank on Sharma’s plea. In its reply, the Reserve Bank said that it is taking all possible measures to provide relief in repayment of loans due to Kovid-19, but it is not wise to forcibly waive interest by risking the financial condition of banks. Believes it.

Saif Ali Khan was resting at home, son Taimur started having fun lying on his back, see photo