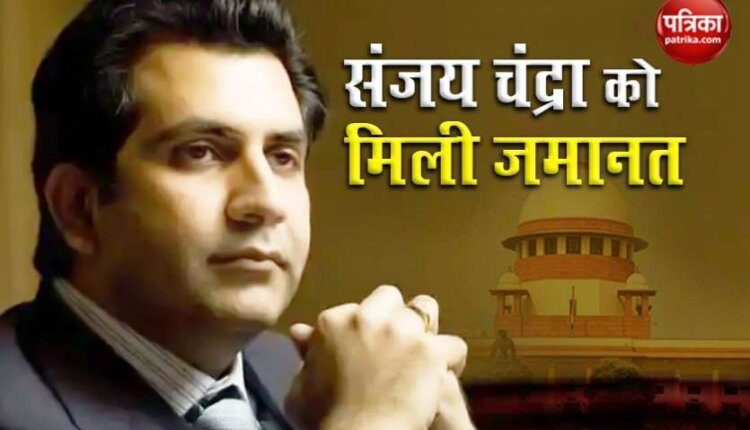 new Delhi: Sanite Chandra, the promoter of Unitech, has been granted one month bail by the Supreme Court. Actually, Sanjay’s parents have been found corona positive and have been hospitalized. The court has approved the bail of Sanjay chandra on this edge.

Sanjay was arrested in 2017 in the home Buyers case (sanjay chandra). The Economic Offenses Wing of Delhi Police arrested Sanjay on charges of investing the money of one project in another company. Along with this, Sanjay is accused of sending the money abroad after investing from one company to another.

Privatization of railways started, first bidding conference to be held on July 21

You may know that in January, the Supreme Court had given permission to replace the existing Board of Unitech, with former IAS officer Yudveer Singh Malik as the new Chairman.

What is the whole matter

In fact, the Unitech company had collected about Rs 14,270 crore from about 29,800 home buyers in the name of its home project. Apart from this, a large amount of loan was also taken from the bank for this project. While only 40 per cent of the money was used by the company for the projects and 60 per cent was diverted by the company directors.

The forensic audit reveals the fraud committed by the company, after which the Supreme Court ordered a probe against the promoters of Unitech Ltd under the Prevention of Money Laundering Act (PMLA).

With the pension of Rs 22,500, you will get 45 lakh benefits, only mobile number is needed to open an account

Because of this fraud of the company, thousands of HOME BUYERS money was trapped and they had to suffer losses. According to the court, there is an urgent need to take the debt-ridden Unitech Ltd’s projects by a specific agency to complete the stalled projects within the stipulated time. After this decision of the court, the central government took over Unitech.