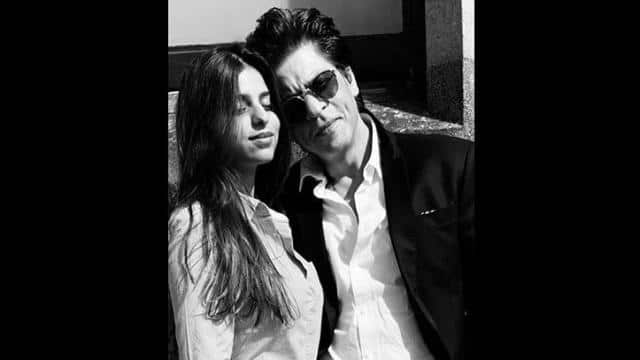 On 2 November, Suhana Khan, the daughter of Bollywood badshah celebrates the birthday of two very special people. Father Shahrukh Khan and second best friend Shanaya Kapoor. Please tell that Shanaya Kapoor is the daughter of actor Sanjay Kapoor. Both of them love Suhana Khan very much, thanking them that both are part of their lives. However, Suhana Khan has joked a little about the edge gap of the two in the latest post. Suhana has wished both of them heartily.

Suhana Khan shared last year’s photo. In this, she is seen sharing the frame with both. Shahrukh Khan is sitting on one side and best friend Shanaya Kapoor on the other. Please tell that Shahrukh Khan is celebrating his 55th birthday. At the same time, Shanaya Kapoor is celebrating 21st birthday. Sharing the photo, Suhana Khan writes, “Happy birthday to my best friends, ha ha.” After this, Suhana writes on the edge of both, writing, “55 and 21 ha ha.” Suhana Khan arguably shares a very good bond with two generation people.

According to the news, Shahrukh Khan will soon announce his next film. Shahrukh can be seen in Siddharth Anand’s film ‘Pathan’. However, the actor has not given any reaction to this yet.

Petrol and diesel prices may remain in lockdown till March 2021, what is the biggest reason