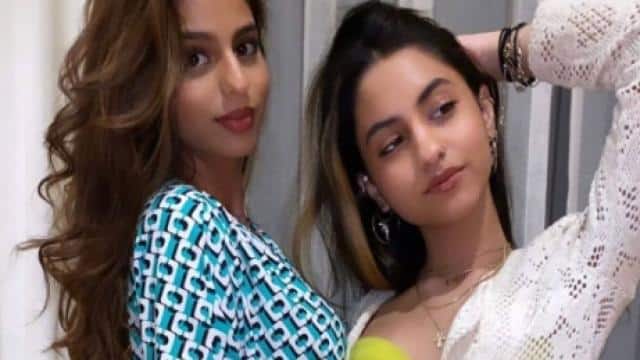 Superstar Shah Rukh Khan’s daughter Suhana Khan is very active on social media. She often shares friends and family photos. Now Suhana Khan has shared a funny post on Instagram. With this, Suhana said that she is missing her cousin Alia Chhiba a lot.

Suhana Khan shared a photo of her with Alia Chhibba on Insta Story. In the picture, both are seen posing. In the photo, Suhana Khan is seen in blue and white dress. At the same time, Aaliya standing next to him is seen wearing a white top and dark pant. While sharing the picture, Suhana Khan wrote in the caption, ‘My head is being cut in the photo because I am tall. Miss you, Alia Chhibba. ‘

KBC 12: Amitabh Bachchan asked questions about Anushka Sharma, do you know the answer

It is known that Suhana Khan has openly expressed her views on many issues through social media. An issue that is close to their heart. That is – apartheid. Recently Suhana wrote a long post giving her views on the matter. He wrote, “There is so much going on right now and this is one of the issues that we need to fix. It’s not just about me, it’s about every young girl or boy who is without reason Has become infested with inferiority complex. A few comments were made about me. “

He further wrote, “Until I was 12 years old, I was described as ugly because of my skin tone. We are all Indians, who are born brown. Yes, we are of different shades, but this No matter how much you try to distance yourself from the eyes, you just can’t. “

Tiger Shroff’s sister Krishna’s comment on the latest photo of Disha Patni, will win your heart

Biggest drop in market before budget in Modi era, 10 lakh crores of investors…

Anupreet Kaur Jan 27, 2021
new Delhi. The budget is not far away and the stock market has seen a decline of over 2700 points in the last four…