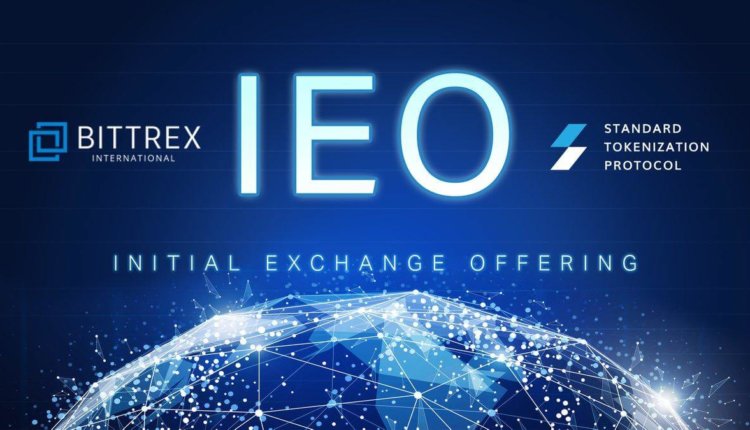 Standard Tokenization Protocol (STPT)  – The most viral or hyped IEO has raised funds via IEO on the most complicated IEO platform currently – Bittrex. Yes. You heard it right most complicated platform, which we will explain in the article later. However, let’s now talk about the STPT price prediction and project.

Standard Tokenization Protocol (STPT) is a blockchain based open source project which will allow businesses to issue token for any of its asset. Blockchain is a global technology, but not all businesses are global. Few are the regional and issuing token for any assets, relevant to its business would require to comply with its local regulation or jurisdiction. The project will use on chain validator, to verify and validate the token issued are complying with the local laws.

STP has automated dividend distribution protocol. This will help the investors to get the dividend on time with the execution of a smart contract. Automation of dividend would ease the process of STO tokens.

Team Behind the Project

The famous blockchain investors are part of the project. The Renowned investors, FBG capital and GBIC are among the few top investors and strategic partners. Block72, which was formed by the member of GBIC, has a robust portfolio of the clients like BAT, Zilliqa and few other powerful Project. This project showcases that the most potent team is behind it.

STPT token will list on June 12th at 00:00 GMT/UTC on bittrex exchange

Bittrex as said before the most complicated IEO exchange. The first IEO was RAID, which was dropped a few hours before the IEO. Later received two other IEO, Veriblock and Ocean Protocol, both of them failed to give profits to its investors. And now its STP which has raised its funds via Bittrex.

So as per these metric, we believe Bittrex would require more time to gain trust. STP would be a game changer. STP will still have a chance to do 2X on the listing.

The project currently has no competition. So prediction on the correlation of the competitor model would not be justifiable.

P.S: Note that these price predictions are based on some data, which we collect from various sources and internal research. Price prediction may differ, and we request our reader that not to be dependent on this solely.

STPT on Bittrex - Will it Fail or Pass

Shambhavi Nandargi Apr 7, 2020
Overview-- The Central Bank of Korea announces the launch of its pilot program to test the digital currency.…