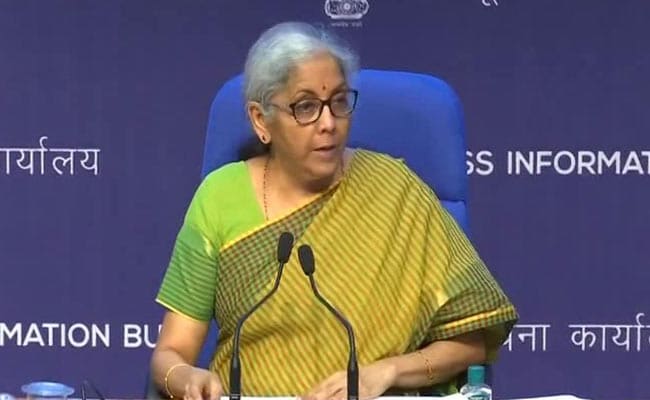 Nirmala Sitharaman said, on the issue of reducing the price of petrol and diesel, the center-states need to sit together and find a way

Union Finance Minister Nirmala Sitharaman has said that the government would have been in a position to reduce excise duty on fuel (petrol-diesel) had it not been burdened to pay for the UPA-era oil bonds. Refusing to cut excise duty on petrol and diesel to bring down the high prices, he said his hands are tied in the past due to payments being made in lieu of huge subsidies given on fuel. Talking to reporters today, the Finance Minister said that the Center and the states need to sit together and find a way to solve the issue of high petroleum prices. The previous Congress government led by Manmohan Singh had issued bonds to state-owned oil companies to compensate for the difference between the artificially low retail selling price of the fuel and the cost. These oil bonds are now ‘mature’ and are being paid with interest.

Finance Minister Sitharaman said on Monday that the government has paid more than Rs 60,000 crore in interest on these oil bonds in the last five years and Rs 1.30 lakh crore is still outstanding. “If I was not burdened to pay for oil bonds, I would have been in a position to reduce excise duty on fuel,” she told reporters here.

According to the Finance Ministry, by 2025-26, the government will have to spend more than Rs 37340 crore as interest payment on this.

Finance Minister Nirmala Sitharaman said that the concern of the common people regarding the increased prices of petrol and diesel is justified. He said, “Until the central and state governments do not discuss together to find a solution to this problem, its solution is not possible.”

On the security of the projects and investments of the Government of India after the change of power in Afghanistan, the Finance Minister said, “It is too early to comment on this. The Ministry of External Affairs is taking all possible initiatives to evacuate the Indian nationals trapped in Afghanistan.”

The Finance Minister said that the condition of the economy has improved after the second wave of coronavirus and in the coming festive season, the government expects the demand in the market to improve further as the lockdown rules are relaxed in large parts of the country. Has gone.

WPI fell to 11.16% due to fall in food prices, wholesale inflation fell for the second consecutive month

Petrol-Diesel Price: Fluctuations in crude oil, but the price of petrol-diesel has not changed here for a month