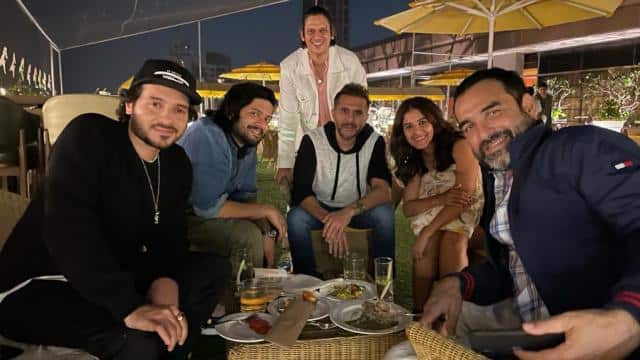 After the immense success of Mirzapur Season 2, now the star cast of the web series is busy partying. Ritesh Sidhwani, the producer of the web series, has tweeted a tweet, which also stars Pankaj Tripathi aka Kalin Bhaiya, Ali Fazal aka Guddu Pandit and Divyendu Sharma, who taunts Munka Bhaiya. Apart from this, Shweta Tripathi and Rasika Duggal are also seen in the picture. Ali Fazal also retweeted this photo and wrote, “Very urgent meeting with boss”. At the same time, Sidhwani wrote in the tweet, ‘Guddu, one evening with Tripathi … and is it small Tyagi or big Tyagi?’ Actually, in this photo, Vijay Verma, who plays a double role as the sons of Dadda Tyagi, is also seen.

His role as Tyagi, small and big, has also been much appreciated in the web series. Let me tell you that the Mirzapur web series was released in October and has been dominated on social media since then. Mims often associated with Mirzapur 2 are viral.

This has been a web series that has been appreciated by almost every character and liked by the audience. In such a situation, it is also possible to celebrate the success of the web series. Please tell that Dadda Tyagi and his family were not shown in the first season of the series. It has been added in the second season itself, but every character in the family has received much acclaim.

An evening with Guddu, Tripathis and … wait! Is that Bade or Chhote Tyagi? 😉 #Mirzapur pic.twitter.com/oC0bpGq3mz