Space travel will be accessible to everyone, Jeff Bezos’ next step after Amazon 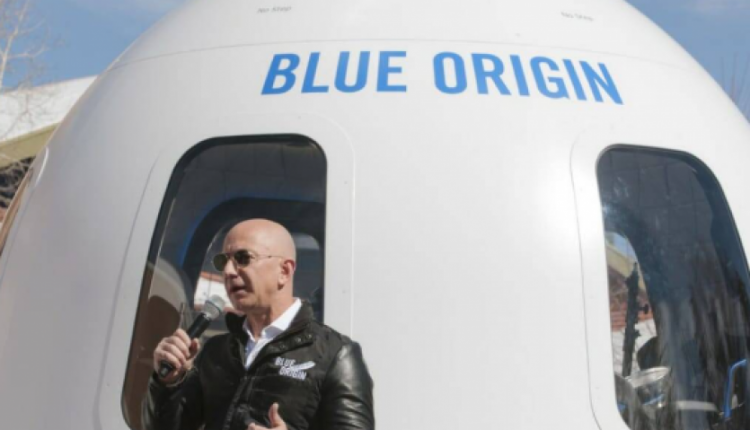 New Delhi. Jeff Bezos, the world’s richest man, has resigned a day before as the CEO of Amazon. He has handed over the reins of this position to his successor, Andy Jesse. On the other hand, Bezos himself is now going to play the role of acting chairman of the billionaire’s executive board. That is, instead of retiring from work, he will now focus on his dream project, in which many billionaires are already working. Actually, Blue Origin is the dream project of Space Company Bezos. These days he seems to be very excited about this.

Read More: Who is Andy Jassy? Who took the place of Jeff Bezos in Amazon, reached here on the strength of hard work

The 57-year-old business tycoon recently posted on Instagram and other social media handles about his upcoming adventures in space with his brother Mark. He has also revealed in a recent post that he was behind the wheel of an electric pickup truck, which was crossing the desert to witness the landing of a rocket capsule. It is clear from this post that Bezos is going to take the reins of his upcoming plans after putting billions of dollars and countless hours into the space-bound company Blue Origins and very soon he is going to give new gifts to the world. His vision behind the rapid implementation of this project is to make space travel accessible to as many people in the world as possible.

Many billionaire traders are trying their hand at the space market. Bezos is also one of them. The world’s richest man has invested billions of dollars in his Blue Origin company to promote tourism and infrastructure in space. This company’s first crewed flight will go into space on July 20 and will be the second private company after Richard Branson’s Virgin Galactic to go to space.

Will also work towards climate change

According to a Reuters report, he has said in a letter to his investors that he will focus his attention on Blue Origin’s ambitious project as executive chairman. Will move towards making Amazon a better place to work. Apart from this, he will put most of his wealth through Day One Fund and in helping the needy people. Under his charitable service, he will work to help the homeless and provide educational infrastructure. Apart from this, we will also focus on Earth Fund, which is a climate crisis management fund. The fund has been set up with a net worth of approximately $10 billion to support scientists, climate activists and others. So that they can make a difference in the way climate changes. Apart from this, he will also channel his energy and efforts into his media house Washington Post. According to a report in the Guardian, he bought this newspaper in 2013 for $ 250 million.

Mentioned this to 13 lakh employees

Then Bezos, while resigning from his position, said that I intend to focus my energies on new products and new initiatives. Bezos told his 1.3 million employees that I think I am very passionate about the impact of these organizations.

Read More: He hacked the phone of the richest person on earth, the investigation revealed many secrets