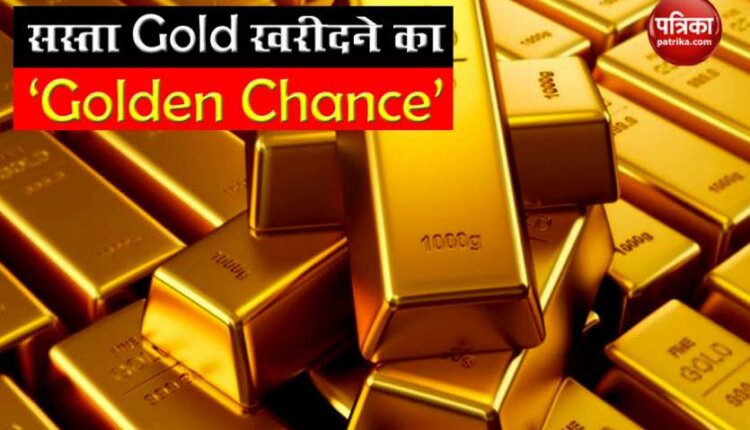 new Delhi. Even if the corona virus ( coronavirus ) May have reduced the physical demand for gold, but people have invested significantly in Exchange Traded Funds and Government Gold Bonds. Due to which the price had reached close to 49 thousand due to gold demand in the futures market. Talking about government bonds, the subscription of the fourth series is going to open from today. Where you will get a golden chance to buy cheap gold. Let us know 10 important things before investing in Sovereign Gold Bond Scheme.

Learn 10 important things from investing
1. You get 2.5% interest by investing in Sovereign Gold Bond Scheme. Which is given every 6 months.

4. Those buying gold bonds online will get an additional discount of Rs 50 per gram.

5. Subscription to the Government Gold Bond Scheme 2020-21 Series-4 will open from today and will close on July 10. The RBI announced in April that the government would issue government gold bonds in six installments from April 2020 to September.

8. The RBI announced in April that the government would issue government gold bonds in six installments from April 2020 to September.

9. Gold prices started rising from mid-2018. Till then its price was around 30 thousand to 32 thousand rupees for many years. In the last two years, its price has jumped 57 percent.

10. It outperformed all other asset classes in terms of returns. The 10 year gilts have performed the best after gold. It has given around 17 per cent returns.

Himanshi Khurana has become a victim of body shaming, said- people used to make fun of me