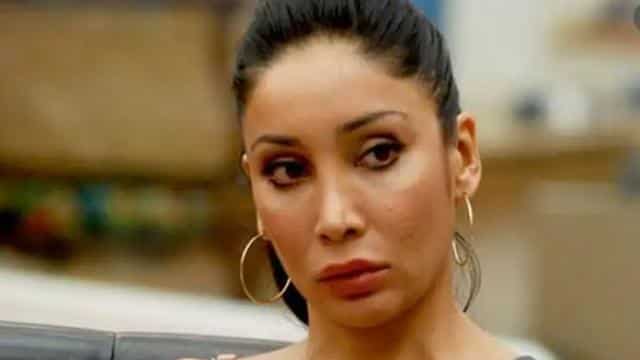 Bollywood actress Sophia Hayat is in the news. The actress, who has been identified with the TV reality show ‘Bigg Boss’, is often in the discussion about her bold pictures and statements. Currently, there is a war on nepotism in the Bollywood industry. In such a situation, Sophia has expressed her opinion on this. Nothing good has happened in the industry with Sofia, about whom he has given information.

Sophia says that nepotism in the industry is not from today, but for a long time. Sophia suffers the brunt of being a foreigner several times. Talking to Spotboy, Sophia says that I too entered the Bollywood industry with a lot of dreams. Many older people had joined hands with me for work. I got a job as a second lead. Loved the audience, but filmmakers and many big actors started slinging mud at me.

Sophia says that some people wanted to physically compromise with me. I never let them touch me. Did not meet anyone after work. Whereas I was invited every day. After this, they slowly started to understand that it would not accept. In such a situation, my work started getting to other girls. My posters were cut from the film. Some films were put on hold. Nevertheless, I tried to make my place in the industry. That too in a healthy environment. I was tired of the way people started buying and selling me. So I decided to come back to my country. I did not want to be a victim of nepotism.

Sophia says that after this I expected something from Bigg Boss 7. But I was able to stay there very little time. I was offered Bigg Boss as a wild card contestant. The show is a huge platform as it is the largest reality show in India. But, for me this show became more of a platform to spoil my image. It showed me that I am mentally unwell. My real face was never shown to the audience. I was struck by Armaan, but I was dropped from the show. While he remained inside. When I did two lawyers, Armaan silenced them by feeding them money. At that time I decided to leave India and came back to my country. Later Armaan’s deeds came before him. Nowhere in that industry. I can never survive in the midst of so much negative energy. Life is a gift and I respect it.