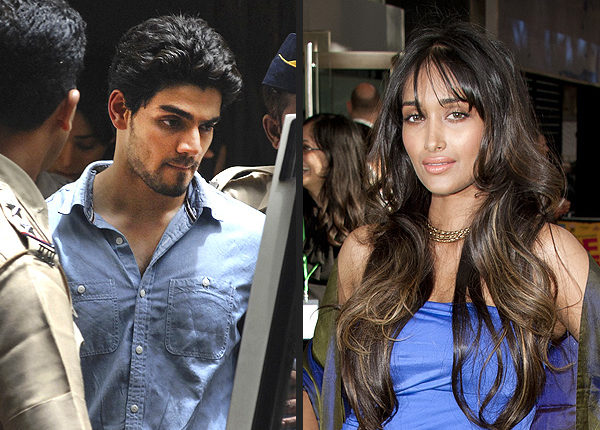 Sooraj Pancholi, who will be taking his entry into the Bollywood industry shortly, is often remembered first as the man whose name popped up in actress Jiah Khan’s suicide issue in 2013. Many including Jiah’s mother had suspected a link between her relationship with Sooraj and also that It could have been a murder.

Upon the advice of Salman under whose production, Pancholi’s first movie “Hero” is about to hit the screens on September 25th, 2015, the actor has opened up to the media with an intention of coming clean after washing off the issues with the past.

The veteran actor had as well ensured that Athiya Shetty and Sooraj Pancholi did not stay quiet even if asked about Jiah Khan as silence could give rise to more of negative publicity just before the release of the movie. In his recent interview, Pancholi, following his mentor’s advice spoke to the media saying, ” Dekho main Kabhi saamne se nahi bolunga ki maine galti nahi ki hai, ki maine galti ki hai ya jo bhi hai!” He also made a statement regarding Jiah, his former Girlfriend, saying that she would always remain within his mind and heart.

Finally, these talks have made sure that the new actor is no more afraid of stepping before the media thanks to Salman’s teachings which were very much essential at this point of time keeping in mind the release of his debut movie “Hero” being directed by Nikhil Advani. The movie is indeed a remake of Salman’s older version of the same movie. The actor was given this offer more or less like a birthday gift by Salman who seems to have showered upon Pancholi his best wishes towards his debut.

Pancholi, as well as his father, were interrogated by the CBI post actress Jiah Khan’s suicide incident. The incident has managed to haunt the career of the actor for almost 2 years now in spite of his family being highly supportive throughout. The actor finally decides to make a move by giving his words with respect to the same as per Salman Khan’s guidance.