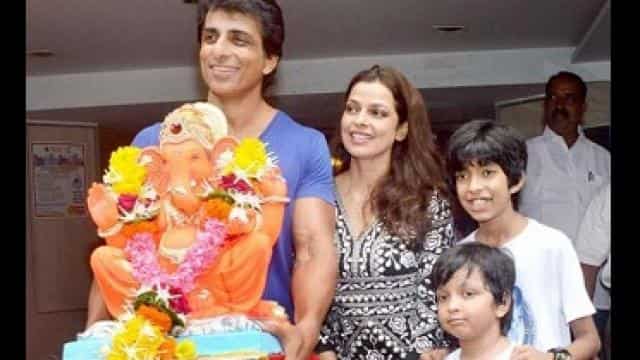 Sonu himself has told about this. Sonu said that Sonali (Sonu’s wife) takes note of him when a call from a needy or laborer comes. After this, both his sons Ishaan and Ayan make a list of who will go where and in what time.

However, Sonu’s wife and children do not like coming to Limelight.

Let us know that recently Sonu was asked how much does a bus cost to send laborers home, Sonu said that it costs between 1.8 lakh and 2 lakh. He explained that it all depends on where the migrant has to go.

After reaching home, a person shared the emotional video of his mother, Sonu Sood said – I have no words

I too came to Mumbai with dreams in my eyes as a migrant: Sonu

Sonu said during an interview, ‘I am helping the migrant laborers because I too was a migrant who came to Mumbai with a lot of dreams. I came to know from the photos how much trouble they are going through. He is walking on the roads thousands of kilometers without food and water, so I remembered my early days. I first came to Mumbai by train without a reserved ticket. I reached Mumbai by standing at the door of the train and sleeping next to the washroom. I know what a struggle is. ‘

Sonu Sood and his team have sent thousands of laborers from Mumbai to Karnataka, Rajasthan, Jharkhand, Odisha, Uttar Pradesh and Bihar through buses and the work is still going on.

Petrol-diesel can be expensive by Rs 4-5 per liter in June, know why