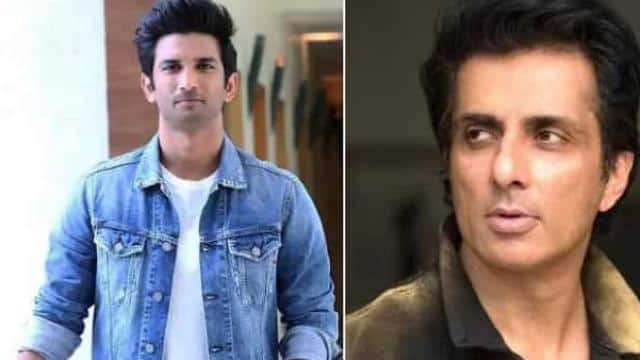 In the Sushant Singh Rajput case, many people have given their own reactions so far. Sonu Sood has spoken about the issues being raised after hearing the people about Sushant and after his death. Sonu said that Sushant must be laughing at the circus running in his name. Speaking to a news portal, Sonu said, ‘It started to find out what was the reason for Sushant’s death, but now it seems that people are moving away from this issue with new angles everyday. Sushant would have laughed at the people who are turning around to be his spokespersons while Sushant’s family is sitting silently at his house. Every person knows what will happen in it. People who have never met Sushant are also coming forward and speaking on their behalf.

Sonu further said about Sushant, ‘I have met Sushant many times. We also did workouts in the gym together. Even after being from outside the industry, he achieved a lot here.

Recently, Sushant’s friend Lisa Malik has talked about the relationship between actor and Kriti Sanon. Lisa recently told during an interview that she met Sushant about two and a half years ago and Sushant was with Kriti at the time.

Lisa was asked why Sushant and Kriti looked like a couple to them, so they said, ‘Host is always busy when there is a public event or a birthday party, so when Kriti was attending the guests at her party. I saw that Sushant was absolutely happy, dancing, bringing drinks and talking to everyone. He was very happy and trying to be a good host. Even if you do not scream and tell the world that we are dating, but the spark makes sense. ‘

Lisa continued, ‘We all knew that the two were together, as much as they denied it. Kriti and Sushant never confirmed the news of their relationship.