Sonu Sood gave a fabulous gift to the migrants on his birthday, announced 3 lakh jobs through ‘Pravasi Rojgar App’ 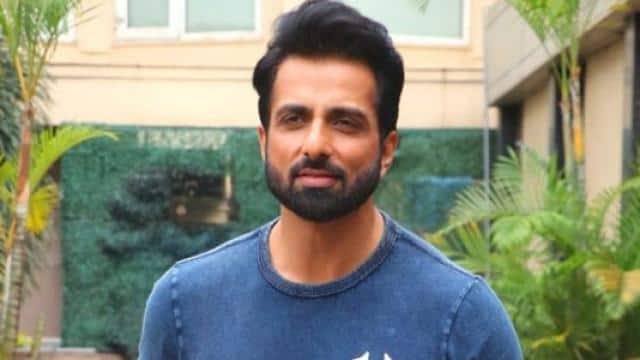 On July 30, Bollywood actor Sonu Sood is celebrating his 47th birthday. Everyone is praising the way Sonu has helped the needy in the Corona era. However, his good work continues. Meanwhile, Sonu Sood has tweeted from his Twitter account. Through this tweet, they have announced that they will now help migrants get jobs. Sonu has also launched an app to do his noble work. With this decision, he has managed to win the hearts of people once again.

The special app that Sonu has announced on the occasion of his birthday, he has named the app ‘Pravasi Rojgar’ and through this he has emphasized to provide employment to about 3 lakh people. Not only this, they are going to run this campaign fast in flood affected Bihar and Assam. He has also mentioned in his post – On the occasion of my birthday, there is a gift for my expatriate brothers.

For my overseas brothers on the occasion of my birthday https://t.co/UWWbpO77Cf My contract for 3 lakh jobs. All these provide good salary, PF, ESI and other benefits. Thanks AEPC, CITI, Trident, Quess Corp, Amazon, Sodexo, Urban Co, Portea and all others.#AbIndiaBanegaKamyaab pic.twitter.com/rjQ0rXnJAl

Sonu tweeted, ‘http://PravasiRojgar.com my contract for 3 lakh jobs for my migrant brothers on the occasion of my birthday. All these provide good salary, PF, ESI and other benefits. Thanks to AEPC, CITI, Trident, Quess Corp, Amazon, Sodexo, Urban Co, Portea and all others. ‘ In this post, he has now hashtagged India Banega Kamaha (#AbIndiaBanegaKamyaab).

Koena asked Mukesh Bhatt – how do you know Sushant was in depression?

Apart from this news, there is also a news that today on the occasion of his birthday, Sonu Sood is going to organize a health camp. Sonu Sood believes that he will help at least 50,000 people in this camp. Sonu Sood said in a statement, “I had been planning this for a long time and was also constantly talking to doctors. I was talking to doctors from UP, Jharkhand, Punjab and Odisha, but in the current situation of floods in Assam and Bihar, we are trying to set up camps there.

PMVVY: Invest in this scheme of the government, 10 thousand pension will be coming every month

This feature is of great use for SBI Internet Banking customers, how to activate