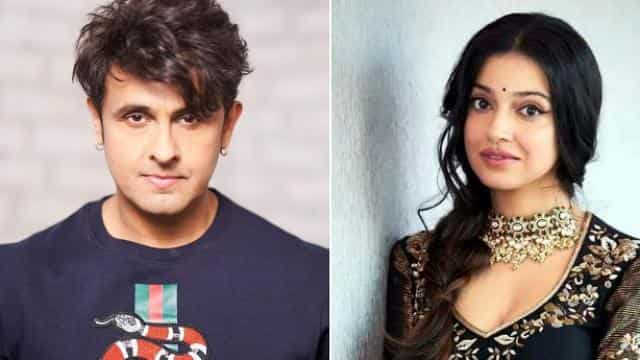 Since the death of Sushant Singh Rajput, there is a big debate about nepotism. Sonu Nigam shared a video about the music industry’s mafia a few days ago. He accused Bhushan Kumar of not giving new talent a chance and only working with his singers. On Sonu’s allegations, Bhushan Kumar’s wife Divya Khosla Kumar recently shared the video and responded to everything about Sonu. Not only this, Divya asks Sonu how many new talent you have given yourself.

After uploading this video of Divya, everyone was waiting for Sonu’s reply, but Sonu instead posted a video of Divya on her account and wrote – Presenting Divya Khosla Kumar. I seem to have forgotten to open my comments section. Let’s help them in this.

What did divya say

In the video, Divya says, “For a few days, Sonu Nigam has been running a campaign against the GT series and Bhushan Kumar. Let me tell you that the T series has given opportunity to many new people including actors, singers, musicians, directors. I myself gave a chance to 10 new people in my film Yaariyan, in which 4 people Neha Kakkar, Himansh Kohli, Rakul Preet and Composer Arco are big stars today.

I want to ask Sonu ji that if you are a very big artist, then you have helped many people. You have never come to the T series that this newcomer has talent, you launch them. It is very easy to speak behind the camera, but how much talent did you give a chance in the industry, whereas 97 percent of the people working in the T series were outsiders. We give a chance to all.

Sushant Singh Rajput’s last film ‘Dil Bechara’ will be released on OTT platform on this day, non-subscribers will also be able to watch

Divya said, Sonu Nigam himself used to sing in Delhi’s Ramlila for 5 rupees. From there Gulshan Kumar ji spotted him, gave him a flight ticket to Mumbai and told him that I will make you a very big star. Tell Sonu Nigam, whether this was said to you or not. Gulshan ji took you to such a high level and what did you do.

Divya further said, Sonu ji said in his video that Bhushan ji came to him and said that please save me from Abu Salem. Now I want to ask you, Sonu Nigam, why did he come to you to ask for help to escape from Abu Salem. Please investigate whether Sonu Nigam had a relationship with Abu Salem?