Sonam Kapoor said – I want to grow up to be like Jaya Bachchan, users said – and how big is it? 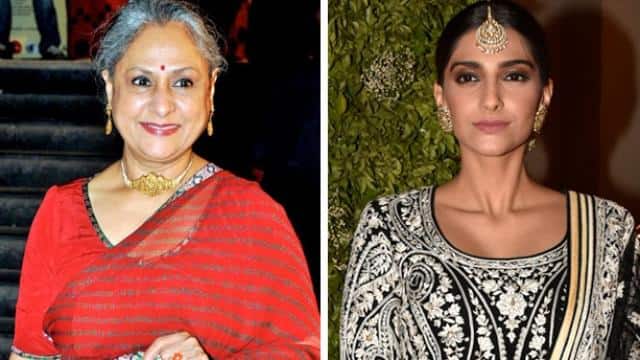 Bollywood veteran actress and Samajwadi Party MP Jaya Bachchan has spoken in the Rajya Sabha on the controversy surrounding Bollywood industry. Jaya said that a conspiracy is being done to discredit Bollywood. He said, ‘Those who earned a name from the film industry are calling it a gutter. I do not agree with this at all. I appeal to the government to tell such people not to use such language. ‘

This statement of Jaya has been supported by many celebs, including Sonam Kapoor. Supporting Jaya, Sonam tweeted, “I want to grow up to be like Jaya Bachchan”.

He is getting a lot of negative comments on Sonam’s tweet. Someone is saying how big do you have to be? So someone is saying that first ask them if they have any problem. Filmmaker Anubhav Sinha, while sharing the video of Jaya Bachchan, wrote, ‘I send my best regards to Jaya Ji. Those who do not know, see. This is how the spine looks. ‘

I send my best regards to Jaya Ji. See those who don’t know. This is how the spine looks. pic.twitter.com/HUbQz8uu9t

Kangana Ranaut has given her reaction by tweeting on Jaya Bachchan’s statement in Rajya Sabha. Kangana said, ‘Jaya ji, would you have said the same if my daughter Shweta would have been beaten in my teenage, given drugs and exploited in my place. Would you have said the same thing if Abhishek was talking about being bullied and exploited with himself and found hanging from hanging one day? Show us some sympathy too from us.