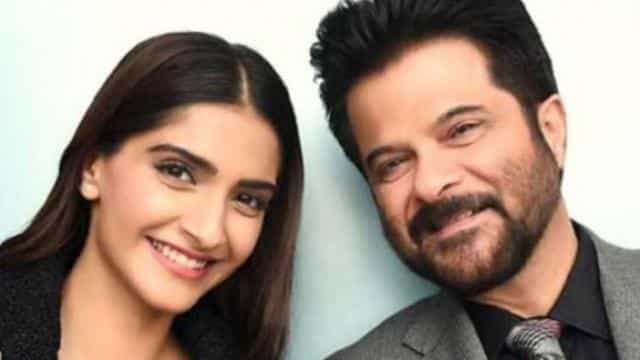 The suicide of Bollywood actor Sushant Singh Rajput has brought the truth of the film industry to the fore. Everyone is coming out and expressing their views on nepotism. Especially Kangana Ranaut. Recently, Sonam Kapoor has also shared a tweet regarding nepotism. She has also jumped into this fight. People are trolling Sonam Kapoor on social media. Due to this hatred, Sonam Kapoor recently closed her comment section too.

Sonam Kapoor shared a post on this hatred on Twitter. At the same time, while targeting the trollers, he has written that today, on Father’s Day, I want to say one thing. Yes I am my father’s daughter, yes I am here because of them and I am proud of that. I have no disrespect in this. My father has worked hard and brought us here. This is my karma that I am here and born in their house. I am proud to be my father’s daughter.

Today on Father’s Day id like to say one more thing, yes being my fathers daughter and yes I am here because of him and yes privileged. I’m not an insult, my father has worked very hard to give me all of this. And it is my karma where born born and to whom born born. Criticism proud

Earlier Sonam Kapoor had a tweet after Sushant Singh Rajput’s suicide, in which she wrote that it is ignorance to blame her girlfriends, ex-girlfriends, family, people working on someone’s death.

This is some of comments coming my way. All the media and all the people who encouraged this sort of behavior and instigated it. This is on you. People talking about how one should have been kind to someone are doing worse to others. pic.twitter.com/6rH4LSBOxp

Kangana Ranaut, who got angry on Bollywood, said – it is not suicide, planned murder
On the other hand, Kangana has targeted some people in the Bollywood industry for Sushant’s suicide. Kangana’s team has shared a video on the Instagram account, in which she is saying, ‘Sushant Singh Rajput’s death has shocked everyone, but few who are adept at how to run the panel Narrative It is said that some people have weak brain, they come under depression and commit suicide. He is a rank holder of engineering entrance exam. How can his mind be weak. See their last post. He is asking people to watch my movies. I have no godfather, I will be fired from the industry. In his interview, he is explaining why the industry does not follow me. So there is no basis for this accident. Wahiyat film gets all the awards.