Sonam Kapoor asked on social media – what should God do, the user said – stop acting 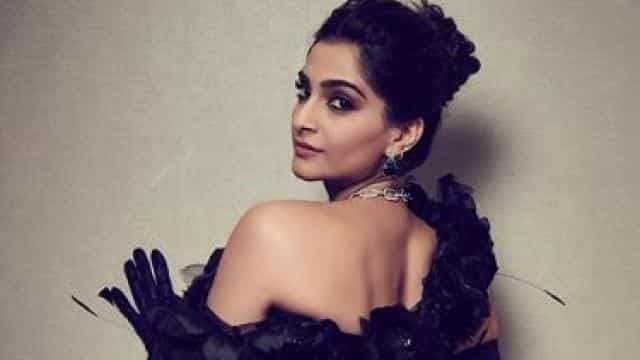 Bollywood actress Sonam Kapoor is spending time with husband Anand Ahuja in the lockdown. Apart from this, she is very active on social media and posts something for the fans. Sonam has now shared a glamorous photo of her for which she is being trolled. Users have advised them to quit acting.

Sonam shared an old photo of her on Instagram account. In the photo, Sonam is seen in a silver color sleeveless dress. While sharing the photo, he wrote in the caption, Oh my God. What to do With this caption, Sonam is being trolled in a tremendous way.

Ayushman Khurana and Amitabh Bachchan confirmed, ‘Gulabo Sitabo’ to be released on OTT platform on this day

One user wrote, Sonamji you have a lot of money, if you can do a lot, then donate a little. The other user wrote, clean the tiles and mop. Another user commented that stop acting. In this way, comments are being made on Sonam’s post.

Sonam ji, you have a lot of money, you can do a lot, so donate a little.

Talking about Sonam’s professional front, she was last seen in the film The Zoya Factor. In this, he played opposite role of Dulquer Salmaan. However, the film did not get good response but Sonam’s work was highly appreciated. The film was directed by Abhishek Sharma.