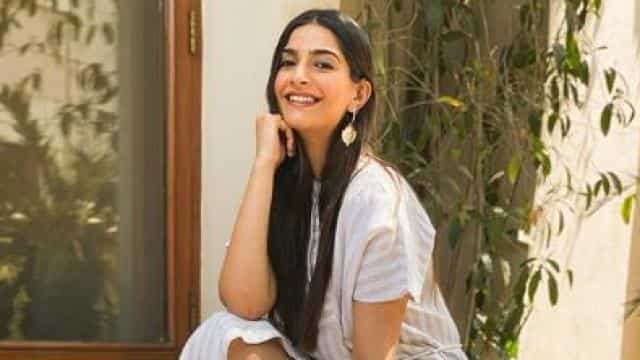 Policemen are busy serving the people with vigor amid the Corona epidemic in the country. Police personnel fighting the war against Corona for the safety of the people have been assisted by many Bollywood celebs in different ways. Now actress Sonam Kapoor has appealed to people to join the initiative to give masks to Mumbai Police. Sonam has shared a poster on her Twitter account, with which she has asked people to join this campaign.

He wrote on his Twitter account, a team of some people has taken the initiative to collect funds to give the Mumbai Police the most effective mask (N-95) at a good price. An N-95 mask comes for Rs 300. In such a case, you can donate 300 and protect a policeman for 3 months. Along with this, Sonam has also shared a link to a website.

Hi guys! a team of people have come up with and excellent intitiative of collecting funds to give @mumbaipolice the most effective masks (n-95) at the best available price. By donating Rs 300 you can protect an officer for 3 months! Pls contribute. https://t.co/sgYjnhRqzs pic.twitter.com/bea9yCED78

Please tell that Sonam has been working to spread awareness about the corona virus for some time. Along with this, she also keeps asking people to help the frontline workers. Significantly, Sonam Kapoor was last seen in the film The Zoya Factor. In this, he worked with Dulquer Salmaan. Although the film received mixed reactions.