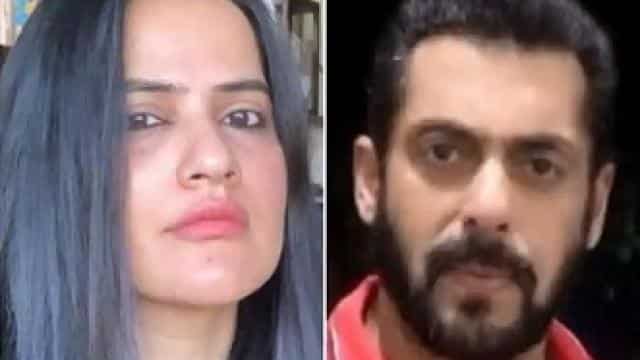 Tiktok star Faizal Siddiqui is in controversy over one of his videos these days. In fact, Ticketlocker Faizal Siddiqui has been accused of promoting an acid attack for a video. Singer Sona Mahapatra has also reacted to this. Sona has tweeted about Faizal and with this he has also targeted Salman Khan.

Sona tweeted, ‘There is nothing before and after adding the video. You are defending this person and justifying it. Humiliation of women is common in our culture. We have grown up with the story of Salman Khan in which he used to kill his girlfriends in front of the entire public. Still he is the biggest star of the country? This needs to be stopped. ‘

Dear @aaliznat , nothing before & after the ‘spliced’ video u were defending of this guy cd justify it.Demeaning women is normalized in our culture.We grew up with stories of SalmanKhan, breaking bottles on his girlfriends head in public, yet the country’s biggest star ? Needs to stop https://t.co/poZ1VJrhrF

However, Faizal has given his clarification on the matter on his Instagram. Faizal said that he has not put his full video on social media. He was not promoting an acid attack.

Is Suhana Khan wearing a 13-year-old dress of mother Gauri, getting viral

He wrote that I am putting the first part of my video in which you can see that I am drinking water. Please try to understand. Who drinks acid.