Son does not watch Juhi Chawla’s films, the actress said – I find it strange to see her with someone else 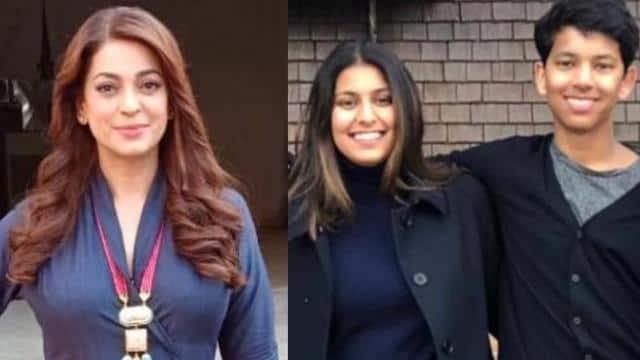 Juhi Chawla is a brilliant actress, as good as she is a wife and mother. Juhi takes full care of her family. Recently, Juhi talked about her children during an interview. Please tell that Juhi’s children stay away from the limelight, then she said that she never stops the children from anything. But their children do not like being in the limelight themselves. Juhi also stated during this time that her sons do not watch their films.

Actually, Juhi was asked how she keeps her children away from the limelight? Juhi responded to Pinkvilla by saying, ‘I never made such a plan, I have never stopped for anything. He has internet and can be on social media if he feels like it. But if they don’t like it, then I would not force them. Even when he goes out with me, he gets disturbed. My children get upset when people stop us and click photos with me or talk to me. That is why he does not go out with me. ‘

Juhi further said, ‘My son tells me not to mind, but I don’t watch your movies because you feel awkward watching someone else.’

Juhi was asked if her children ever complained that you could not give them much time due to work? Juhi said, my parents used to work and I understood it, so hope my children will understand it too. I always tried to shoot in Mumbai. Whenever I used to go out for shooting, there was always someone in the house so that the children would not be alone. I used to take care that the shooting that took place outside should not be more than 10 days so that I do not stay away from the children for much longer.

Juhi was further asked if her children want to come to the movies, then the actress said, no one can be happier than me if they join the film industry. I will be happy whatever they do. Both are studying right now.