Solar Pump Yojana: Now farming will be easier, farmers will get subsidy on solar pump 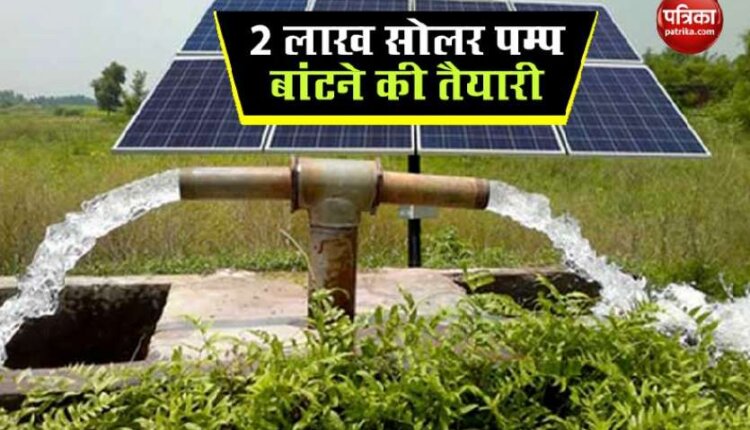 new Delhi. Despite India being an agricultural country, the worst condition is that of farmers. In such a situation, the Kusum scheme is being run by the Central Government to improve their condition. In which solar energy is being promoted. At the same time, solar pump schemes are also being run by the state governments to provide more relief to the farmers. In this, farmers will get subsidy on purchasing Solar Pump Yojana. This will reduce the cost of farming. Because of this, the use of additional electricity in irrigation will be avoided.

The Chief Minister Solar Pump Scheme is also being run by the Government of Madhya Pradesh. Under this, solar pumps will be made available at affordable rates by giving special grants to farmers. The target is to install 2 lakh solar pumps in the next three years. Out of which about 14 thousand 250 solar pumps have been installed so far. Solar pump plant will be used for irrigation only. It cannot be rented nor sold.

These conditions have to be met to get subsidy
1. Only those applying under this scheme should have their own land for farming. Also, it is necessary to have a permanent source of irrigation.

2. To install a solar pump, consent will have to be obtained from Madhya Pradesh Energy Development Corporation Limited.

3. The installation of solar pump will be completed within about 120 days of receiving the amount. The time period can be extended under special circumstances.

How to apply
One can apply for the subsidy on solar pump on the official website of Kusum Yojana of the government. Apart from this, farmers can also apply on https://cmsolarpump.mp.gov.in/ web portal. An option to apply will appear here, which will open a form on click. In which the farmer has to fill his personal information. Submit it as soon as you complete the form. As soon as you do this, a message will come to you, which will tell that you have registered yourself under the scheme.

What is PM Kusum Yojana
The scheme was announced by Finance Minister Arun Jaitley in the 2018-19 General Budget. Under this, emphasis was placed on solar energy for irrigation. Then the solar pump scheme was also included in it. This will reduce the economic burden on the farmers. In this scheme, the Central Government is spending 1.48 lakh crore rupees. The government aims to extend the benefit of this scheme to three crore farmers of the country by 2022.

ITR claims will be cleared by October, know which year will be claimed