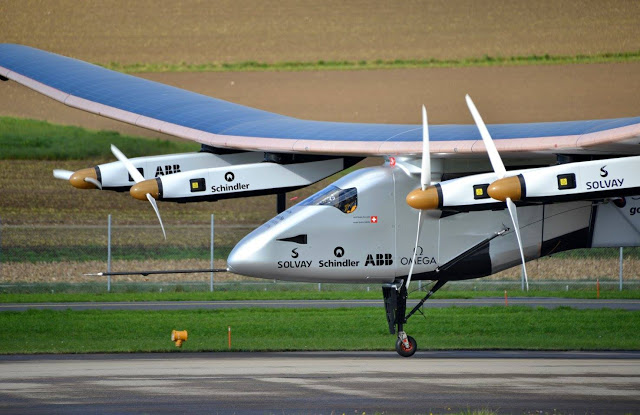 Solar Impulse 2 has delayed its tour around the world after certain problems were discovered in the battery. The sun-powered aircraft will remain in Hawaii for months until the maintenance repair on the battery is concluded. The details that were revealed on Wednesday read, “Irreversible damage to certain parts of the batteries will require repairs which will take several months.” Interestingly, the plane has completed nearly half of its journey around the world.

The issue erupted when the battery of the plane got overheated during its non-stop five-day expedition from Japan to Hawaii. It was impossible to cool down the batteries during that time as the aircraft was flying. A statement on the official website of Solar Impulse clarified, “The damage to the batteries is not a technical failure or a weakness in the technology but rather an evaluation error in terms of the profile of the mission and the cooling design specifications of the batteries. The temperature of the batteries in a quick ascent / descent in tropical climates was not properly anticipated.”

According to the team of Solar Impulse 2, the plane will not be able to fly before April 2016. “The Round-The-World mission will resume early April from Hawaii to the USA West Coast. From there Solar Impulse will cross the USA to JFK in New York before making the Atlantic crossing to Europe and then returning the point of departure in Abu Dhabi,” read the statement.

The expedition of this plane began in March from Abu Dhabi. The pilots of this solar plane, Bertrand Piccard and Andre Borschberg, are trying to create history by making it the first plane traveling around the world with the help of solar energy.

Sharing his experience, Bertrand said, “It’s a history for the renewable energy. Unfortunately, we overheated the batteries on the first day of the flight from Japan to Hawaii. So, for the moment, Solar Impulse will stay in Hawaii and will not be able to fly before April 2016.”

SpiceJet offers Ticket at Re.1