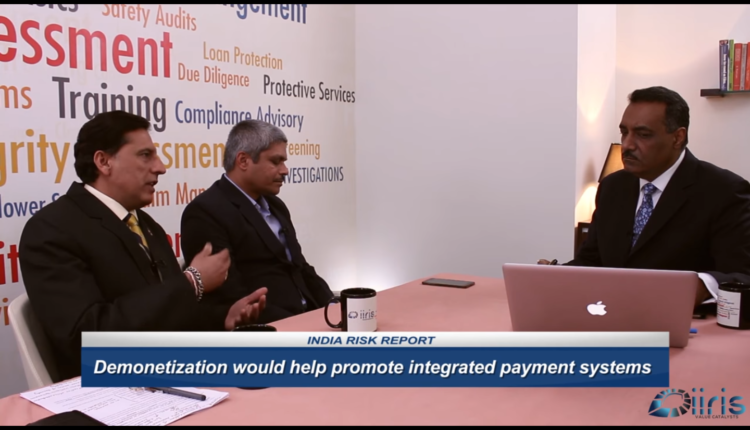 On the evening of 5 December 2016, there was a sense of palpitation in Chennai, and across Tamil Nadu, as residents awaited news of their chief minister’s health, following a debilitating cardiac arrest. Initial rumours indicated she had passed away, and this immediately brought concerns of a riotous situation developing in the area, which could have spread rapidly elsewhere. While her demise was eventual in the following hours, the initial response of the administration in controlling the rumours, and handling the situation prevent large violence and associated disruption. India is unfortunately used to accepting disruptive protests and social unrest as a means of expressing grievances and condemnation. Cult leadership, poor police-public ratio, and a vitiated atmosphere of grievances from a burgeoning young population are an incendiary mixture.

India is growing on the back of this young population, but the risk of Brand India hurting from the periodic outbreaks of unrest is big. This is the reason the episode on social unrest as released in the India Risk Report series is an important feature. Let us get a cursory glance of some of the incidents of unrest which have occurred in recent memory:

While a significant lot of the mentioned cases involved caste or political tensions and carried massive media coverage, the important mention here is the under-reported worker’s strike. There have been annual strikes led by several labour unions, some of them nationwide. Just as the political and caste issues which have been brewing for significant periods of time, here too is a ticking time bomb. It is relevant for corporate bodies which decried the losses arising from the political and social unrest, to also turn an eye to their constituencies- the worker class.

This is where the real cause of concern lies, as the blame eventually lies at the hand of the corporate entity. Unlike worker protests such as those in Cambodia and Bangladesh, we have fortunately not had a series of worker strikes which cripple the entire industrial unit area, and are usually limited to the concerned premises. A possible reason for this has been the growing contextualization of the Indian worker. A point highlighted in the show by a spokesperson of the Bhartiya Mazdoor Sangh (BMS), a worthy addition, considering that the BMS is considered close to the ruling dispensation. If the BMS is raising an obvious red flag over the figures of the unorganised sector and the lack of worker rights, it means that it is sharing a deeper malaise which the government and the corporates should look at addressing in the right earnest.

The episode comes close on the heels of the demonetization move by the government, and its inferences for this segment come across strongly, in the recommendations shared by both the BMS and the corporate experts. It would have been useful to have a better understanding of how this would help contain worker unrest, and particularly how many grievances of the workers relates to wage dispersal. A better understanding of the working conditions including long hours, unhygienic working conditions among others are those who would concern them, should have formed the core of the questions to the corporates and the BMS.

On the protection of corporate entities, the speakers provided insights on the need to maintain an active intelligence post which can identify trouble spots, and effectively respond in shielding employees from harm. More specifically, however, the corporate sector needs to build on its internal security mechanisms, and improve its image in the eyes of its workers through active social responsibility measures among others. But herein, it would have been nice to hear anecdotes of how some of the major companies responded to these related challenges. Some examples to liven up the discussion.

With the social unrest relating to caste, religion and other political disputes, there is very little which the corporate can do. As the Chennai example shows, an effective police response, and an in-control law enforcement mechanism can help significantly mitigate losses. This was clearly lacking in Haryana, where the government allegedly bungled into delaying any obstruction to rampaging protesters and then made the situation worse when they reportedly shot dead agitating members. The segment which featured former supercop Dr Vikram Singh was an illuminating insight into how senior figures in the police department are seized of the matter and underscore a widely-held belief that there is a need for a political spine in cracking down on unrest.

Overall, the episode does provide inputs to several complex issues which surround the corporate response to the problem of social unrest, but it could have had a lot more substance to it. It is important that a better discussion over these topics is developed since it carries a lot of baggage. A topic like this has ramifications for the supply-chain sector, the corporate security manager, and therefore would of concern for the senior management of several companies. Do have a watch at the link below and let us know your thoughts too.”