Sitharaman made the plan announced in August 2019 a part of the package, the foundation was lying in the Manmohan government 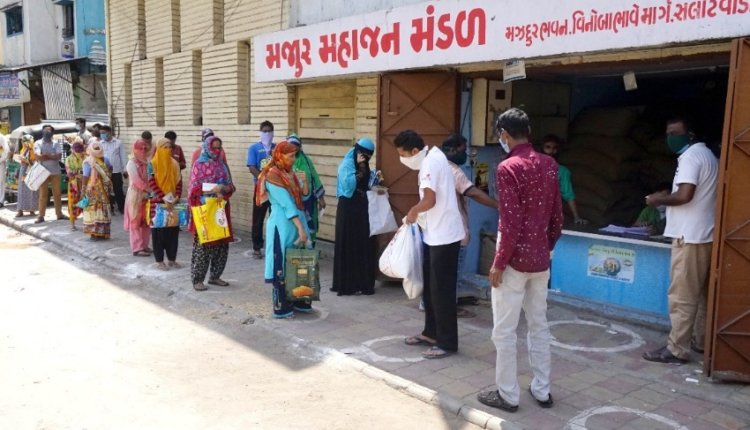 In the fight against Corona, Prime Minister Narendra Modi has announced a package of 20 lakh crore rupees, there are flaws in it. The schemes already announced, the guarantee given by the government, the PF deduction of the employees are also being described as part of the package. Moreover, the old schemes are also being counted under the relief being given in the Corona period. One nation, one ration card is one such scheme.

On May 14, Finance Minister Nirmala Sitharaman said, “One nation, one ration card will be implemented. By August 2020, 67 crore beneficiaries of Public Distribution System (PDS) of 23 states will be able to take advantage of this scheme. ” The Finance Minister said that this number is 83 percent of the total PDS beneficiaries. According to him, by March 2021, this facility will be implemented for 100 percent beneficiaries. Explain that under one nation, one ration card scheme, a person’s ration card will work in the entire country.

If we link this announcement of Finance Minister with the announcement of Ram Vilas Paswan, the other minister of Modi government, then it is clear that the government fell behind in meeting its target set earlier and the package announced in view of that old goal of Corona Also made a part of. Textile Minister Smriti Irani went one step further and said on the channel till date that One Nation, One Ration Card… With about 70 crore people, this kind of administrative atmosphere in 23 states of the country is in itself historical is. We are doing all this at a time when the country is in lockdown.

Backward government in completing the old scheme in time: The ‘One Nation, One Ration Card’ scheme was announced by Ram Vilas Paswan in August 2019. He said that the scheme will be implemented across the country by June 1, 2020. On May 1, 2020, Paswan tweeted that today 5 more states have agreed to join the scheme. With this, the number of states joining the scheme has increased to 17.

If even before that, in 2011, the task force headed by UIDAI chairman Nandan Nilekani advised that the ration card be linked to the Aadhaar card and its data should be kept on a server. However, this plan did not materialize. This task force was formed by the Ministry of Finance in February 2011. Its report was submitted to the Manmohan Singh government in October 2011.

‘Nirmala ji’s serial running for 3 days, but no one else is affected’