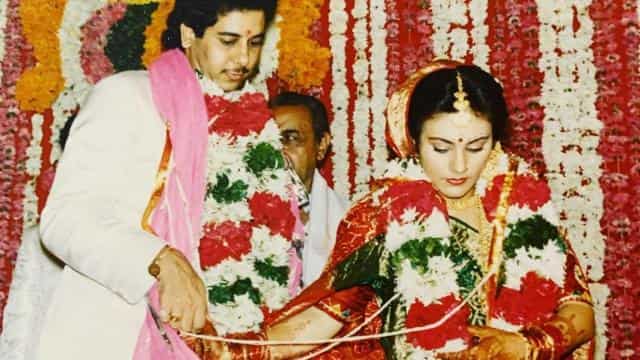 Actress Deepika Chikhaliya has gained tremendous popularity by playing the role of ‘Sita’ in the serial Ramayana. Arun Govil played the role of Ram in the show. The pair of both are still very much liked even today. Well, talking about personal life, Deepika’s real ‘Ram’ is her husband Hemant Topiwala. During an exclusive conversation with ‘Live Hindustan’, Deepika spoke about how her first meeting with her husband Hemant met and how the matter reached the wedding.

Deepika said, “I was 10 years old.” I went to a function. He photographed me there. In the beginning I also posed and took a lot of photographs, but then I felt that this is happening too much. I went to my mother and told them that the boy was taking pictures of me. His mother overheard this. He said, Hemant does not take photographs of any such girl. After this Hemant told me that you chewed me, then I said that it is not so, I have only told my mother. This was our first meeting. ”

The actress further explained that in the family function, we used to meet often, but did not meet much. A family friend told me to visit him once. We met on 28 April. We talked a lot for two hours and during that time we decided to live together for a lifetime. His second day was my birthday on 29 April. On the same day Roca Ceremony was held at home. So this is our love story

How much does Shahnaz Gill charge for a post on Instagram? Knowing this, your senses will fly away