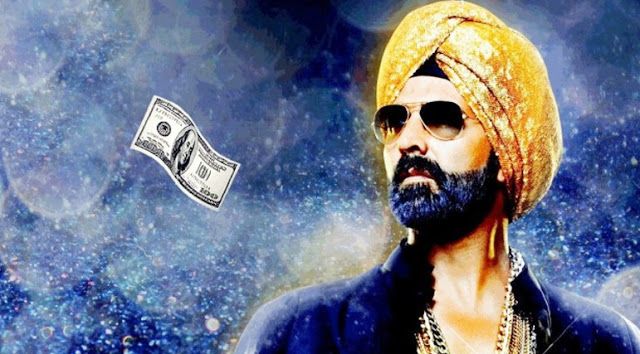 Directed by Prabhudeva, Singh is Bling is a film with brainless humour minus the story. With high-and-low of comic scenes in the film, what captivates attention is Akshay Kumar’s portrayal of a silly, clean-hearted and down-to-earth Sardar, Amy Jackson’s stunning action skills and Lara Dutta’s comic side.

Raftaar Singh, enacted by Akshay Kumar, is a momma’s boy who always leaves his work midway. He gets scolded by his dad for not working and being unemployed, but whatever may be the case, Raftaar listens to his father and respects him. Upset with his working style, Raftaar’s father asks him to either marry a chubby girl from their village or go to Goa and work for his friend, Kirpal. With not much guesses, in a jiffy we can decide what Raftaar would have chosen. Goa, it is!

On the other end, there is Romanian girl Sara, played by Amy Jackson. She is the daughter of an arms dealer who has a bad encounter with a crazy goon Mark (Kay Kay Menon). To search her mother, Sara travels to Goa and decides to stay at her father’s friend, Kirpal, bungalow.
Kirpal makes Raftaar as Sara’s defender as he believes that Raftaar knows English. Well, that was not the case. And Sara doesn’t know Hindi. So, Raftaar hired a translator who turned out to be Emily (Lara Dutta).

Lara Dutta’s role of a translator has explored her excellent comic skills. One would simply love to watch her. Even her attire was a blend of bright and neon colours, just like her role. Funny, yet attractive.

Singh is Bling is an out-and-out silly film but was not a bad entertainer. The film depicted the Punjabi flavour through the scenes shot in Punjab, the Tung Tung song and bhangra dance. The film sequences shot at the exotic locations of Romania were also spectacular. The Punjabi punches in the film have managed to make people laugh. The urinating scene in the film with Prabhudeva was utterly witty. The film also showed the self-defense act of women.

In the entire film, Raftaar has been beaten up by goons but there is always one instance that angers the hero and he fights back. Here, this happened in two cases: one when one of the goons touched his turban and the other was fighting for Sara from Mark.

Evidently, Amy didn’t seem comfortable with the Bollywood-style; nevertheless, she was a much
better choice than Katrina Kaif. Like every Bollywood film, this film also had a happy but a hilarious ending. However, it was not just the hero doing all the action, heroine deserves credit too.

No matter how entertaining this film is, it isn’t superior to Singh is Kinng. There is always too much pressure on the sequels that it has to better than the former version that has an adverse impact in certain cases.