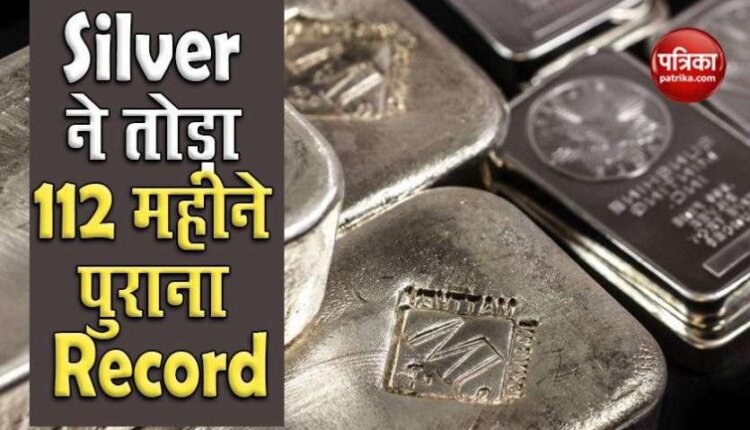 new Delhi. The weakness in the US dollar has improved the gold and silver price. Especially Silver Price Rise is trading at a rapid pace of around 5 per cent. Nearly a week has increased by 10 thousand rupees. After which the Silver Price has broken the record of 112 months ie 9 years 4 months old all time. Today, silver has crossed 75 thousand rupees per kilogram. At the same time, the price of gold has reached a new record of Rs 55,600 per ten grams.

Also read: Relief on RBI’s Gold Loan should not get caught in profiteering team

Also read: RBI big announcement on gold loan, know how much relief the general public got

Also read: RBI MPC Meet: Reserve Bank did not change the Repo Rate, now will have to wait

Also read: Who benefits and losses from BCCI to Broadcaster with Vivo’s withdrawal from IPL 2020

Dollar weakness and live political tension
The dollar index against the six world currencies was at 92.70, down 0.15 percent from the previous session. The dollar index climbed to 100.43 on May 18, but since then the dollar has continued to weaken. On the other hand, the Geo political tension is still intact. The US-China tension of Israel and Lebanon tension, the dispute over Hong Kong is increasing the price of gold and silver for all the reasons.

Gas Cylinder will be booked through WhatsApp, know what is the process, in which cities it started