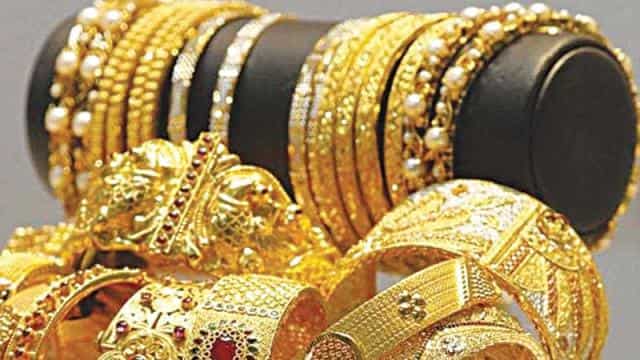 After the lockdown was lifted, gold and silver purchases also increased. Despite this, gold was cheaper by Rs 554 from June 1 to 8 and silver also remained soft at Rs 1530 per kg, but as soon as the country was unlocked on 8 June, the price of gold started going up. Between June 8 and 12, gold rose by Rs 817 per 10 grams, while silver became cheaper by Rs 45.

Why the rise in gold rate

On Friday, gold prices rose by Rs 153 to Rs 48,144 per 10 grams in Delhi Bullion Market. In the previous trading session, gold had closed at Rs 47,991 per 10 grams. There are many reasons for the rise in gold prices. According to Ajay Kedia, managing director of Kedia Commodity, the economy is in a deep slump due to the cut in policy rates by central banks worldwide in the Corona crisis and gold is known as a safe investment option.

During the sharp decline in the stock market and crisis in the economy, many fund managers increase the gold share in the portfolio. In the first week of June, many countries opened the lockdown and killed the economy, then people started focusing on other investment options. Here, the price of gold has increased in the spot market for two days. Uncertainty in the market has also increased due to the rapidly growing case of Corona. Gold rates have also increased due to the strengthening of gold in the international market and the weakening of the rupee against the dollar. As far as what will be the price of gold in the coming days, Kedia says that in the year 2020, we can see the price of gold up to Rs 53,000 per tola i.e. 10 grams.

PM Kisan Samman Nidhi: When will the second installment of 2000 rupees come to the account of farmers, know here