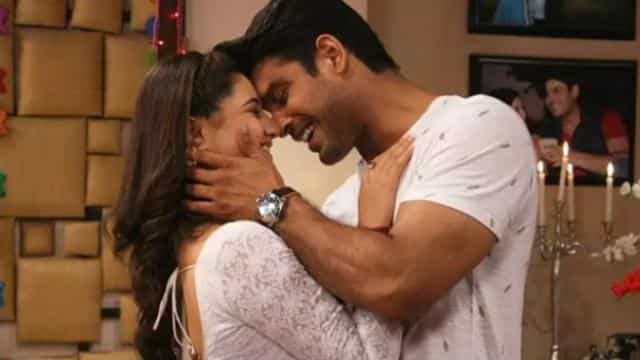 Actors Siddharth Shukla and Rashmi Desai have once again hit the headlines. After ‘Bigg Boss 13’, a romantic video of the two is becoming increasingly viral on social media. However, this is from an old serial ‘Dil Se Dil Tak’, in which both are seen getting very close. Let us tell you that Rashmi Desai played the role of Shorvi in ​​this serial and Siddharth Shukla played Partha.

This video has been shared by Siddharth and Rashmi Desai’s fan page on social media. Both can be seen romancing and fighting with pillows (in a romantic style). Fans have named the pair #SidRa. They believe that it is the best couple in the industry and they want to see the two romancing onscreen again, for which they are eager. However, Siddharth and Rashmi have not announced any project together yet.

Let us tell you that Siddharth and Rashmi played the role of onscreen husband and wife. His serial ‘Dil Se Dil Tak’ was a big hit. But both of them used to fight a lot on the sets. Rashmi Desai was revealed in the first episode of ‘Bigg Boss 13’. He said that Siddharth wanted to sideline Rashmi from the show, but the makers supported him and showed Siddharth out.

Rashmi was also seen saying that Siddharth abused her in front of co-stars and the unit. In addition, her dialogues were given to her co-star Jasmin Bhasin, as she was his friend. Rashmi Desai told all this to Bigg Boss X Contestant Vishal Aditya Singh and Devolina Bhattacharjee.

A romantic video of Siddharth and Rashmi Desai was shot in ‘Bigg Boss 13’, which made the fans crazy. Both onscreen chemistry was liked by the audience.

PM Modi’s address at eight o’clock tonight, this appeal can be done regarding corona lockdown