Shweta Singh Kirti, who came in support of Kangana Ranaut, demanded ‘Ram Raj’, trolls said – Where did the slogan of justice for Sushant go? 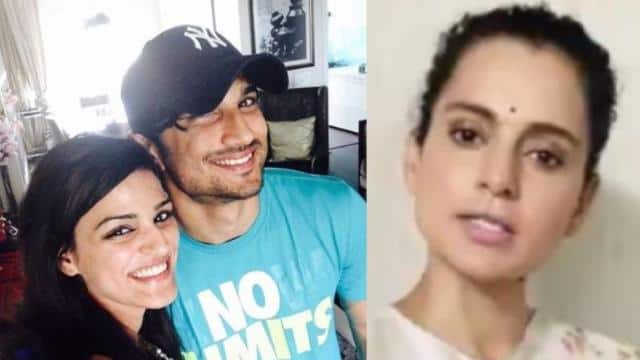 Today, BMC bulldozer went on the office of Bollywood actress Kangana Ranaut. In fact, due to illegal construction, BMC people have broken the office of the actress. The verbal war between Kangana Ranaut and the Maharashtra government continues. Kangana has reached Mumbai and is attacking the Maharashtra government by tweeting one after the other. Along with this, he has also verbally attacked the Karan Johar gang. Now Kangana Ranaut is joined by Shweta Singh Kirti, sister of Sushant Singh Rajput.

Shweta Singh Kirti tweeted a tweet from Kangana, writing, “O Bhagwag, what kind of hooliganism is this? This injustice will not be tolerated under any circumstances. Can this injustice be answered by President Rule? Let’s implement Ram Raj in Maharashtra. Let me tell you that this tweet of Shweta Singh Kirti has not been liked by many and now they are trolling them.

Have u established ram raj in California where u live? Stop misusing religion and fan hatred in India @shwetasinghkirt! Shame on u for inciting and encouraging disharmony in maharashtra!

U r forgetting the whole narrative of taking justice for your bro..Why is this nationalist’s propaganda coming into the picture !? Ufff! Keep d fight on for the right cause .. These guys r really being unfair to SSR’s whole case! Don’t fall for spins .. May good senses remain🙏

Exactly what i think is going on. The whole motto is going on for bjp-congress war. Even she can’t see his brother is been proven guilt as a drug addict. She is not questioning that instead she is worried for kangana.

People say that Shweta Singh Kirti is deviating from the fight for justice of her brother Sushant. She is moving towards political issues. A user wrote that you have also implemented Ram Raj in California, where you live. Do not misuse religion nor try to spread evil among fans in India. Stop spreading all this stuff in Maharashtra, Shweta.

Nikhil Dwivedi offers Riya Chakraborty to jail, says- when all this is over, we would like to work with you

Let it be said that Kangana Ranaut had approached the Bombay High Court after the action of BMC, from where she got relief. The court has asked BMC to submit a report in this regard.

Manoj Bajpayee did Bhojpuri rap, the song went viral as soon as it was released.

After Riya Chakraborty’s arrest, Ankita Lokhande asked the question- Should he have allowed a depressed man to take drugs?