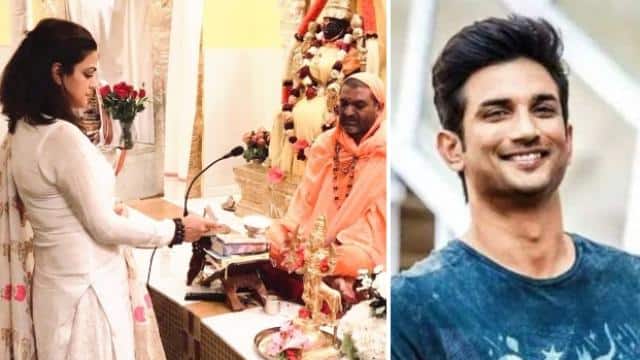 The entire family of late Bollywood actor Sushant Singh Rajput is demanding justice for him. The case is seeking to be handed over to the CBI. Actor’s sister Shweta Singh is giving updates to Kirti Fans about the case. Recently, Shweta posted a video, in which she can be seen performing the aarti of Kaal Bhairav. Shweta told that she is praying to Baba to show the path of truth.

Let me tell you that at present, both ED and CBI are investigating the Sushant Suicide Case. The CBI has started recording statements of family members. Sushant’s father and sister say that it is not planned but a planned murder. Shweta held a Global Prayer Meet for Sushant on 15 August. For this, he appealed everyone to be a part of the Prayer Meet. Shweta wrote, I appeal to all of you to join us in the 24-hour Global Spiritual and Prayer Observation organized for Sushant so that Sushant can get justice.

Sara Ali Khan and Karthik Aryan unfollow each other on social media, this is how the discussion

Before this, Shweta shared a photo of Sushant’s childhood and wrote a message. When you believe in something, fight for it, and if you see it being unfair, then fight for it with more power than you have ever done before – Brad Meltzer.

Mandira Bedi reacted to the adoption of her daughter, said in the video call she used…

Manasi Singh Oct 29, 2020
Singer Neha Kakkar and Rohanpreet Singh's marriage in the year 2020 were very much discussed. On October 24, the…