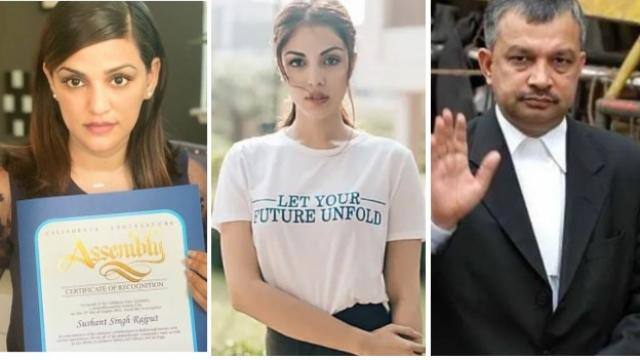 Bollywood actress Riya Chakraborty is in the news right now. Actually, he and his family are being questioned in Sushant Singh Rajput case. Riya Chakraborty’s case is being handled by India’s most expensive lawyer, Satish Maneshinde. Riya Chakraborty and Sushant both lived in a live-in relationship. Suddenly on June 8, Sushant told Riya to leave the house. Now CBI is engaged in the investigation of this case.

Let me tell you that Satish Maneshinde is a well known lawyer of India. He has also handled the cases of Sanjay Dutt and Salman Khan. Ever since Riya Chakraborty hired Satish Maneshinde, people have been questioning his fees on social media. Satish Maneshinde talked about this in an interview with Zoom.

Satish Maneshinde said that about 10 years ago, an article came in the newspaper which said that my fee is Rs 10 lakh. Why are we seeing that 10 year old article now? According to this, my fees should be much higher at this time. Nobody should have anything to do with the fees I charge. If income tax also asks me about my fees then I will answer them. Why would I talk about such a private thing that is between me and my client.

Sushant Singh Rajput’s room has lost key, lawyer said – if it happens then it is a serious matter

Kangana Ranaut on Farah Khan Ali on Twitter said in a blocky, funny manner – maybe I said something to Bollywood’s ‘Queen’

Satish further says that Riya is upset that her family is being shown. We are allowing investment agencies to do our work. Everything is happening accordingly. Earlier, Shweta Singh Kirti, sister of Sushant Singh Rajput, had tweeted and wrote that you must be worried even thinking that you will be paying 17 thousand rupees every month EMI of lawyer? Tell me how you are paying India’s most expensive lawyer’s fees. Riya you are false.