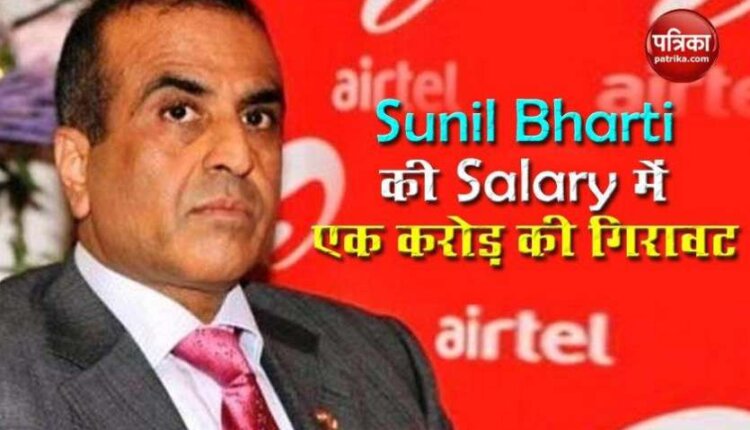 new Delhi. Whereas the effect of corona virus ( Coronavirus Impact ) Because of the people fired in the country and more than 50% of salary cuts were reported. At the same time, reports of the salary of the company chairman have come down, but Corona is not the reason for this deduction. Chairman of Bharti Airtel, one of the largest companies in the telecom sector of the country ( Bharti Airtel Chairman ) As Sunil Bharti Mittal’s salary (Sunil Bharti Salary) has seen a decrease of about one crore rupees. This decrease has been observed in the salary package for the financial year 2019-20. This was revealed in the company’s annual report. Let us also tell you how much Sunil Bharti Mittal’s salary package has become after this deduction.

Also read: Real estate shattered by Corona, 52% decline in house sales in first half of year

Due to salary cut
According to media reports, the main reason for the decrease in their real salary is the price reduction in the shares of Bharti Airtel. Other allowances and benefits have been reduced. Although at present, Corona is also playing havoc, but its effect on salary is not because this salary is for the last financial year. While Corona Crisis was seen in India in mid-March. Let us tell you that Sunil Mittal was re-appointed as the Chairman of the company on October 1, 2016 for five years. The company will release the results for the first quarter of the current financial year today.

Fall in company shares
Bharti Airtel shares witnessed a lot of ups and downs in the last financial year. However, the company’s stock was in the range of Rs 350 to Rs 400 in April 2019. Which came in the range of Rs 550 in the month of January 2020, but the Supreme Court ruling on AGR Dews brought down the shares of the giant telecom company significantly. This had its impact on other telecom companies as well. On the other hand, Airtel is also getting a lot of competition from Jio. The effect of which is also being seen. If we talk today, the company’s stock is trading at Rs 561.95, down 0.48 percent. While the company’s stock opened at Rs 566.