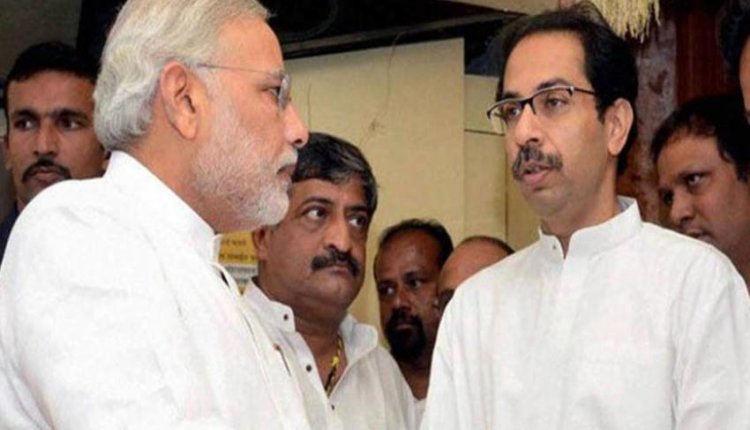 The Shiv Sena has written an article in its mouthpiece Saamana, lashing out at Maharashtra’s BJP unit. However, it praised Prime Minister Narendra Modi and Home Minister Amit Shah. The Shiv Sena on Saturday alleged that the BJP’s Maharashtra unit tried to disrupt the election of Chief Minister Uddhav Thackeray in the Legislative Council. The party also credited Prime Minister Narendra Modi and Home Minister Amit Shah for saving the state from political instability. The Shiv Sena, in an editorial published in its mouthpiece Saamana, said that the Shiv Sena-Nationalist Congress Party (NCP) -Congress government is ‘self-sufficient’ in the state. In the editorial, the party said, “Despite disrupting the functioning of the state government for the last six months, the industry And Thackeray legislation has been elected unopposed to the Council. ”

The editorial, while making a scathing attack on Leader of Opposition in the state Assembly Devendra Fadnavis, said that the Governor’s quota was tried to upset the government by disrupting Thackeray’s nomination to the Legislative Council. Shiv Sena said, “Some people Thought that Thackeray (who would be elected to the Legislative Council by the end of May) would resign and President’s rule would be implemented in the state and he took oath in the early hours And will return to power. ” It may be recalled that after last year’s assembly election results Fadnavis morning was sworn in early in the second chief minister. NCP’s Ajit Pawar was sworn in as Deputy Chief Minister but had to resign due to lack of numbers in the Assembly.

The editorial has interestingly credited the top leadership of the BJP for saving the state from its political crisis. Saamana wrote, “Modi and Amit Shah did not allow instability in the state. Not allowing the chief minister to be elected may be good as a political strategy, but thinking about such politics when the state is fighting the corona virus epidemic is not right. According to the editorial, “Modi and Shah vaccinated to combat the virus and the governor recommended the Legislative Council elections.”

The biennial election to the Legislative Council was postponed due to the corona virus but the election was announced after Thackeray spoke to the Prime Minister over the phone. Nine members, including Shiv Sena chief Thackeray, have been elected unopposed.

The editorial also targeted BJP state president Chandrakat Patil in which he predicted political clashes in the state unit of the ally Congress in the government. Shiv Sena said, “When the state is fighting against the corona virus, then the Patil government topple Are making every effort to Earlier, he brought Ajit Pawar with him but Pawar is now strengthening the government. If the opposition is self-sufficient like Maharashtra Development Aghadi, then the fight against the corona virus will be stronger.

Let me go on foot … it’s been two months, the child is not even eating food, helpless woman’s pain