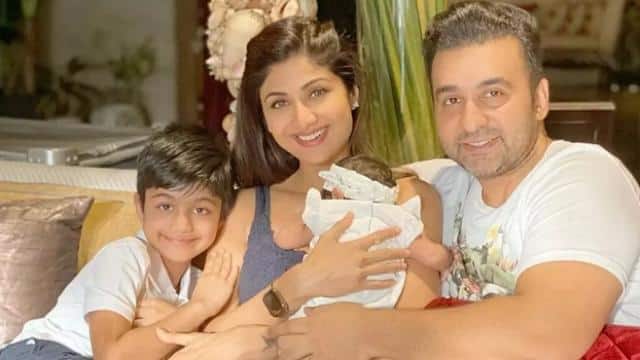 Shilpa Shetty became mother for the second time in February this year. Shilpa’s daughter was born through surrogacy. Shilpa, however, feels that becoming a mother at the age of 45 is not an easy task. He said that it looks very strange too. Actually, Shilpa said while talking to Mumbai Mirror, ‘Sometimes it feels very strange when people ask how my children are. It is a matter of courage to be a Newborn at the age of 45 ‘.

Shilpa also told that this time her experience of becoming a mother was different from the first time. He said, ‘You keep breastfeed always at first. You feel like you’re a cow. I also had postpartum depression. However within 2 weeks I was cured ‘.

Shilpa also told how she brought her daughter before the lockdown. He said, ‘I brought Shamisha home by private flight. The lockdown took place just days after Samisha was brought home. I am happy that I am with my daughter right now ‘.

Shilpa had earlier said about her daughter, ‘I took 15 days off before Samisha was born and these days I am spending more and more time with Sameesha. For the past few months, I just live with her. Sometimes I massage her, sometimes I feed her.

Shilpa had said, ‘My son Vian had many friends who had siblings and he used to miss it a lot. He is a very social child and used to get very depressed when there are no children in the building. He kept asking me and Raj why he did not have any siblings. He always wanted a sister for himself. We have been going to Shirdi once a year for the last 3 years. Vian always prayed that she needed a sister soon. He was very happy when he found out that we had a daughter. Vian has praised for Sameesha for 3 years.

Government will give loan up to Rs 7 lakh for opening 10 buffalo dairy, animal husbandry will get a boost