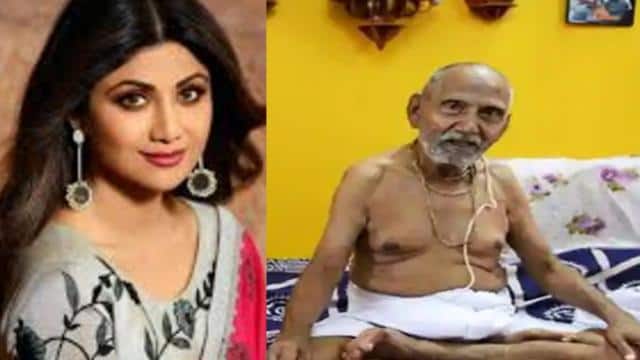 Shilpa Shetty, a favorite actress of crores of people, has also made a world-wide identity for her figure, health and yoga. Now Shilpa Shetty has made important disclosures about her health and lifestyle. Shilpa’s positive life and lifestyle inspiration is a Baba from Kashi. He himself has written this while sharing a video of Baba on Twitter.

Shivanand Baba, a 123-year-old yoga practitioner wandering in the ghats and lanes of the Ganges in Kashi, is also a minister of a happy and meaningful life for the people of the country and the world. Inspired by Saint Shivanand, Shilpa has also made ‘Be Happy, Be Satisfied and Be Positive’ as the mantra of her life.

Shilpa has written in her tweet quoting Baba that if there is no will, no disease, no disease, no sadness. She writes about Baba on her Facebook and Twitter account – ‘How happy and positive is Shivanand Baba. He is 123 years old. He is ideal for us for our better life. He explains the best mantra of a happy life. Hearing from Baba’s Shrimukh that we can find God through good thoughts and good deeds, without a longing and devoted life. It will make your life beautiful. ‘

Had to post this … Such a happy and positive soul Sivanand Baba is, considering 123 years old. The idol we all need in our lives for wellness, sharing the best mantra for a happy life so beautifully …#ShilpaKaMantra #SwasthRahoMastRaho #yogi #oldestmanalive pic.twitter.com/v2EcFdDL8R

Shilpa has written, how correct is her statement that whatever you have, be happy and satisfied. Whatever we have luck, make full use of it. Abandon greed and excessive desires. This will give us unimaginable peace and happiness. In today’s time, there is no better example than Baba Shivanand. His life can introduce us to this truth. Inspired by Baba Sivananda, I have chanted the mantra of my life- Be happy, be satisfied and be positive. There may be controversy regarding the authenticity of Baba Sivananda’s age, but it is certain that he is among the oldest people in the world. Even at this age, Baba, who does regular yoga, is an icon of restraint.

Baba Sivananda says that he has been able to live for such a long time only on the basis of distance from spices and sex and daily yoga. According to the passport, Baba was born on 8 August 1986. He has also applied to the Guinness World Records to verify the claim of the record of the most living person in the world. Passport officials of India have confirmed Shivanand’s age from a temple register. However, it is extremely difficult to verify their age independently.

Baba Shivanand looks 50 years younger than his age. He was born in a Brahmin family in Bahubal area of ​​Habibganj Mahakuma, village Haripur in Srihat district. This place is now in Bangladesh. Baba also has his horoscope, Aadhaar card and passport converted into English. He has also gone to England, USA and Bangladesh for discourse. He says that his parents used to make a living by begging door-to-door.

Shivanand hails from Durgakund in Varanasi. He has made yoga, discipline and celibacy his life. He says, ‘I live a very simple and disciplined life. I eat very simple food. The food is always boiled, which contains neither oil nor spices. He takes rice with boiled lentils and two green chilies together.

Baba Shivanand is only five feet two inches tall. He sleeps by laying a mat on the ground. Pillow a wooden track. They believe that milk or fruits are fun foods. He used to sleep hungry many times in his childhood.

careful! Is the call from the bank real or fraudulent? Know these ways