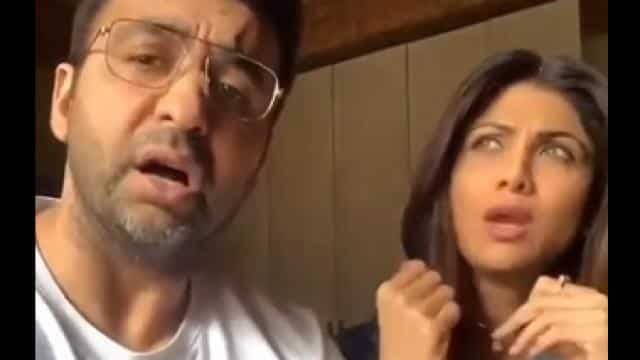 Shilpa Shetty and Raj Kundra’s Tick Talk videos dominate these days. Both share funny videos every day which get a good response from the fans. In every video, the chemistry between the two will win your heart. Now, in the new video of both of them, Shilpa tells Raj that listen sir … tell me one thing, if Mangalasutra is hanging around the neck of a woman, then it is known that she is married, then what would be the sign of the man is?

Raj says, if a man’s face hangs, then think he is married.

Raj was beaten before this …

A few days ago, Shilpa shared a video in which she is fixing her wardrobe, then why does Raj do them. Shilpa then says to Raj, Look, don’t kiss me while working.

As soon as Shilpa says this, her workmate says, yes, please explain well, Madam, I got tired of speaking.

On hearing this, Shilpa starts beating Raj. Please tell that the role of Kamwali in the video is also done by Shilpa.

When Aamir Khan did not give food to hungry Deepika Padukone, the actress shared a photo and told

When Raj was abused …

Actually in this video you will see that Shilpa is standing behind Raj. Raj says, ‘Friends, today I am presenting a very lovely singer among you. Which song will you sing? ‘

So says Shilpa, Lag ja hug. After which Raj says, ‘All that later, what song will you sing?’ After which Shilpa says, ‘Kaminey yeh gana hai hai’.