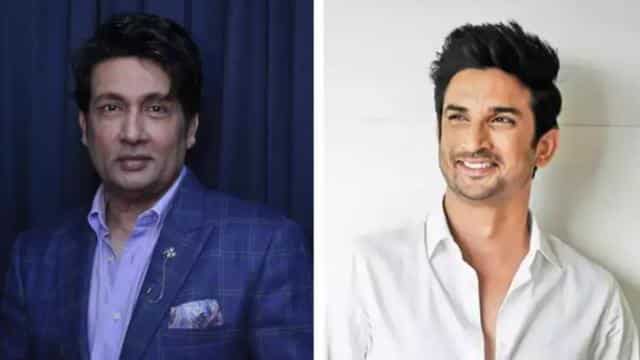 Actor Shekhar Suman is making headlines these days. On Twitter, he has another tweet related to Sushant case. Shekhar Suman writes that I am going to my hometown Patna, to meet Sushant’s father and also to Chief Minister Nitish Kumar. I would request that there be a CBI inquiry in Sushant’s case and he can get justice.

Let us tell you that the people of the film industry are immersed in grief after the demise of Bollywood actor Sushant Singh Rajput. Shekhar Suman has become very active on social media since the death of Sushant Singh Rajput. Sushant is seeking a re-investigation into the suicide case. However, the actor’s final postmortem report has said that this is a case of suicide and he died of suffocation. But actor Shekhar Suman is raising his voice against this postmortem report.

Earlier, he had tweeted and wrote that it is absolutely clear. Assuming that Sushant Singh Rajput had committed suicide, the strong, willful and intelligent man he would have left the suicide note. And like people, my heart says that it is more serious than what is visible.

It’s crystal clear, if presuming Sushant Singh committed suicide, the way he was, strong willed and intelligent, he would have definitely left a suicide https://t.co/DAWaU1WPiT heart tells me, like many others, there is more than meets the eye.

Shekhar was fiercely targeted at Bollywood celebs. He wrote in the tweet, “All the lions of the film industry have gone into the bill with the havoc of the fans of cowardly Sushant, who have become rats. Masks have fallen. The hypocritical people are exposed. People of Bihar and India will not sit silent until the culprits are punished. Bihar Zindabad. ”

Further he wrote, “So Sushant Singh Rajput’s suicide has been declared as plain and simple suicide. Do not believe it I suspected that something similar would happen. I request you all to seek reinvestigation in this matter. It was already decided. That is why this forum is important, we all have to raise our voice here so that it can be double checked. ‘

So it has been declared that Sushant Singh’s was plain and simple suicide. Don’t fall for that. I suspected this wd happen. The narrative was set from before. .

#justiceforSushantforum Dearest Sushant, the country is with you, the ppl are with you.we are all seeking justice for you and justice will be done.we will miss you till eternity.#CBIEnquiryForSushant pic.twitter.com/IuPw3wP3kl

The actor has started a forum called #justiceforSushantforum. Through this, he is demanding from the people that the Sushant Suicide case be investigated again. After this, he tweeted another in which he wrote, Pyare Sushant, Desh is with you. People are with you We are all demanding justice for you and you will get justice. We will always miss you