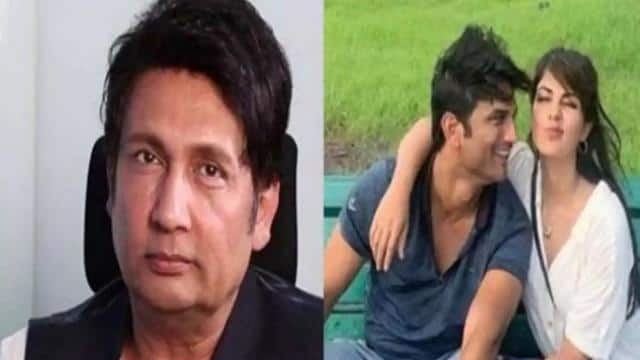 Since the death of Sushant Singh Rajput, Shekhar Suman has been repeatedly demanding a CBI inquiry. Shekhar is very active on this matter and keeps talking to the fans on social media as well. Now Shekhar has tweeted that Riya Chakraborty is being made the goat of the Bali. He wrote, ‘In the Sushant case, an attempt is being made to deliberately change the narrative. Riya is being made a scapegoat. He is guilty, but the real culprit who is known by his elder people is still absconding. Everyone should be cross-arrested and arrested.

The narrative is being changed forcibly.They are scapegoting Rhea and hiding behind her.Of course she is a culprit but the real culprits colluding with the top authorities are still on the run.They shld all be cross -examined and arrested.#CBI #justice.#SSR

Shekhar also requested Lord Shiva to get Sushant justice. While sharing the video of Aarti, he wrote, Mahadev, now you do something, show some miracle. Sushant was your devotee. Open your third eye, God and destroy those who are behind this crime. Everywhere Shiva.

Shekhar had earlier said, “If Sushant does not get justice, I will be very disappointed and after that I will never raise my voice for anyone nor come to fight for anybody”.

He also expressed concern over missing evidence on the matter. Shekhar had said, “I think by the time the case is given to the CBI, all the evidence will either be cleared or tampered with, after which the CBI will have nothing to investigate.”

Amitabh Bachchan, who returned from home on 2 August after winning the battle with Kovid-19, has a deep connection with the actor since ‘Coolie No 1’