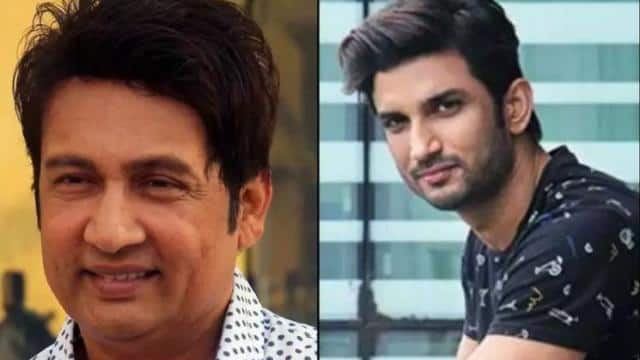 In the case of Sushant Singh Rajput’s death, the Center has accepted the Bihar government’s recommendation for a CBI inquiry. During the hearing on Riya Chakraborty’s plea, Solicitor General Tushar Mehta told the Supreme Court on Wednesday that the Central Government had accepted the recommendation of the CBI probe. Let me tell you that for the past many days many leaders including the fans of Sushant were demanding that the case be handed over to the CBI. In such a situation, when news of accepting the recommendation of CBI investigation came, people from different fields are expressing their reaction. In this episode, actor Shekhar Suman has also given his reaction by tweeting.

Shekhar Suman is also very happy when he accepts the recommendation of CBI investigation in Sushant case. He has not only expressed his happiness by tweeting on social media but has even spoken of hanging the culprits. He writes in his tweet that Happy everyone … Thank God, Jai Shri Ram, Har Har Mahadev. Truth won. The mouth of the lie turned black. Celebrate..Now the case has been handed over to CBI. The culprits should be hanged.

Let us tell you that Sushant’s ex girlfriend Ankita Lokhande also gave her vacancy on the CBI investigation. He has expressed his happiness through a post on social media. While sharing a picture he gave the caption, ‘Gratitude.’ At the same time, the picture wrote, ‘The moment we were waiting for, it has finally arrived.’ Fans have been continuously giving their reactions since Ankita shared this post. Within two hours, more than two lakh likes were posted on his post.