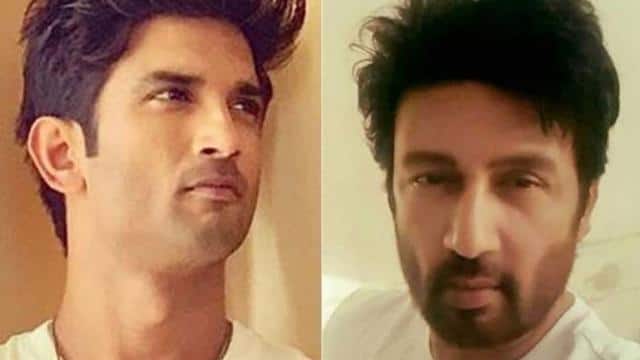 Actress Riya Chakraborty, who was arrested in the drugs case related to the death of Bollywood actor Sushant Singh Rajput, came out of Byculla jail on Wednesday evening. Actor Shekhar Suman tweeted a series of tweets one after the other expressing his displeasure. Shekhar Suman wrote, “Riya has got bail. The report of AIIMS and CBI was nonetheless. Miranda and Deepesh have also got bail. The second forensic team was not formed. Finished anecdote, let’s go home? “

Shekhar then wrote, “Let’s not deny it.” We have built the system. We cannot fight against it. We have to accept their decision. We fought for the CBI. Now? Legally the road ends here, we will keep fighting emotionally. “

Murder theory put to rest next to SSR. https://t.co/TCdijfNx2x in peace SSR.🙏🙏🙏 pic.twitter.com/vw0K7BzFyo

Shekhar further writes that he has full faith in the CBI. I think the CBI did everything that could be done. Because the case was handed over to him after a long time, he too could not do anything. He tried his best to gather evidence, but it was too late.

Please tell that Riya remained in jail for almost a month. The Bombay High Court had on Wednesday morning granted bail to Riya and directed to deposit one lakh rupees as a personal bond.

Saif Ali Khan said – Taimur Ali Khan become an actor one day, this is what I want

Actress Riya Chakraborty came out of jail at around 5:30 pm on Wednesday evening and left in a car. During this, Mumbai policemen were also present. A bench of Justice Sarang Kotwal also granted bail to Rajput associates Dipesh Sawant and Samuel Miranda, but rejected the bail plea of ​​Rhea’s brother and the accused in the case. The court also dismissed the plea of ​​alleged smuggler Abdel Basit Parihar.

Riya and her brother were arrested last month by the Narcotics Control Bureau (NCB) in connection with the investigation into the drugs case related to the death of actor Sushant Singh Rajput. Other accused were also arrested by the NCB during the investigation of the case.