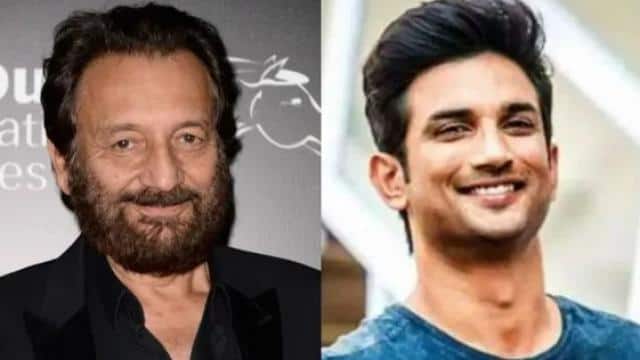 It has been a month since the demise of Bollywood actor Sushant Singh Rajput. Sushant’s leaving the world like this is nothing short of a shock for the film industry. After Sushant’s death, director Shekhar Kapur had told that he was working with him in the film Pani but the project to pull the hands of Yash Raj Films was closed. Now Shekhar wants Sushant to dedicate the film Pani.

He tweeted and wrote, “If you want to travel with the gods or your creativity, you have to walk each step in devotion. With the blessings of God, water will one day be formed. If it is made, I will dedicate this film to Sushant, but the people participating in this film will be human beings and not egoists. ”

Director Anubhav Sinha resigns from Bollywood amid debate over nepotism

If you want to journey with the Gods, or your creativity, you have to walk each step in devotion. In humility. God willing #Paani will get made one day. If it does, I will dedicate it to Sushant. But it has to be made with partners that walk in humility, not in arrogance. 4 pic.twitter.com/pWzTt04IbK

Some time ago during Instagram Live, Shekhar Kapoor said that Sushant was immersed in the movie Pani’s character Gora. He used to call 2 and 3 o’clock at night and discuss the small things of the film. He was addicted to the film. When the film stopped and he realized that he was not doing this film, he cried a lot. I also cried.

‘Tiger’ will roar on screen once again, Salman and Kabir Khan can accompany the film Are work

ICICI Lomabard launches affordable insurance, it will be very easy to take from Phonepe