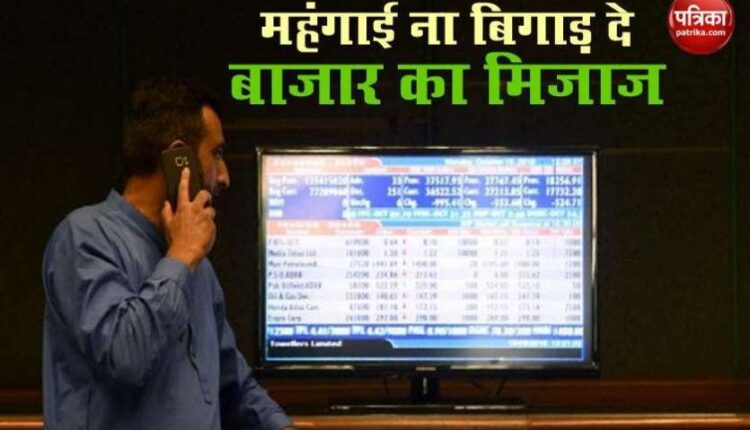 new Delhi. Even though the share market has traded with a gain of one per cent in the last week, but the coming week is the test for the market. The reason for this is that retail and wholesale Inflation Rate figures are going to come with the Allied companies this week. On which the Reserve Bank of India last week ( reserve bank of india ) Has expressed concern even to the Governor. At the same time, it has been clearly stated that inflation can reach its highest level in the country by the second quarter. On the other hand, how will the industrial activities of the country were going during the Corona period during June, this week will be known. The industrial production figures for June will be released on Tuesday, these figures will be awaited by investors.

The progress of monsoon will also be monitored
Market investors will also keep an eye on the progress of monsoon. The monsoon rainfall across the country was around the season average from June 1 to August 8 in the current monsoon season, but the six sub-divisions of the meteorological department including Gujarat, East Rajasthan and West Uttar Pradesh lacked 20 percent or more rainfall on average. Remained, symbolizing drought conditions.

Corona virus will also have an effect
Apart from these figures, the corona shadow will also remain on the stock market. Cases of corona virus infection are continuously increasing in other countries of the world including India and the impact of measures being taken by various countries to meet the economic challenges faced by corona is being seen on the market. Especially the effect of tension between US stimulus package and US-China will remain on the stock market this week.

How will improvement in the agriculture sector with PM Modi’s Booster Dose, know here