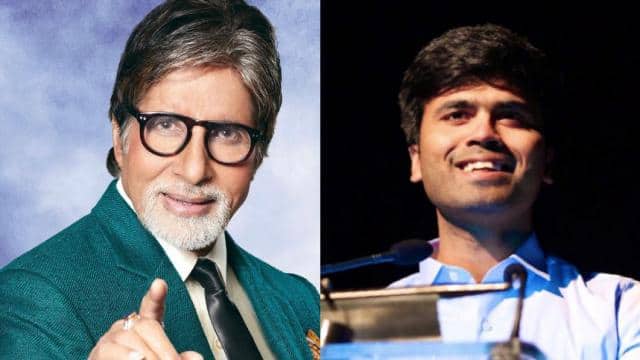 Sharad Vivek Sagar, a 28-year-old social entrepreneur from Bihar, has been invited by Amitabh Bachchan as an expert in Kaun Banega Crorepati (KBC). He is the first Bihari to appear as an expert on this popular TV show.

The 12th season of Kaun Banega Crorepati began on 28 September. An invitation has been sent to commemorate the completion of 20 years of this show. Sharad will appear as an expert in the episode airing on October 12 and 13. He will guide the participants from across the country on television as an expert in KBC and will help them in challenging questions.

Earlier in 2016, Sharad Sagar was invited to the White House by then US President Barack Obama. He is the founder and CEO of Dexterity Global. The Queen of England also included him in the Queens Young Leaders. He was included in the list of the 30 most influential youth in the world by Forbes magazine. The Rockefeller Foundation placed him on the list of 100 innovators of the next century.

It would be an honor for me
On receiving the invitation letter, Sharad Sagar said that Amitabh Bachchan is one of the greatest and admired Indians. It will be an honor for me to be on the national television with the superhero of the century. The participants of Kaun Banega Crorepati are a source of inspiration for citizens across the country and it is a blessing for me to contribute to their journey as experts in this competition.

Dilip Kumar and Saira Banu will not celebrate wedding anniversary this year, know why

Sushant’s last film ‘Dil Bechara’ to be released in theaters! These two films can compete at the box office