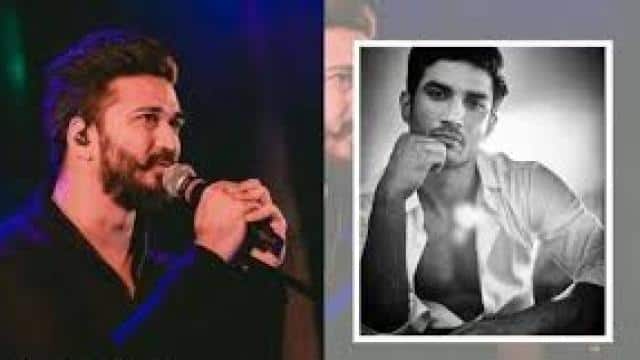 Since the suicide of Sushant Singh Rajput, there has been a fierce debate in Bollywood about nepotism and discrimination. Many big personalities of the film industry confessed to the problem of nepotism and also described themselves as suffering from it. Which includes Kangana Ranaut, Vivek Oberoi, Sonu Nigam and Saif Ali Khan. Apart from this, Alia Bhatt, Sonakshi Sinha, Karan Johar, Karan Johar, Janhvi Kapoor, Sonam Kapoor were trolled on Sushant’s fan nepotism on social media. At the same time, Amit Trivedi, a famous singer and composer in the music industry, has also presented his favor.

During an interview, Amit sang and composed songs in many of Sushant’s films. He said, ‘There is no benefit in arguing about nepotism on social media’. He will remember Sushant through the songs of ‘Kai Po Che’ composed by him, Namo Namo from Kedarnath, Kafirana and Jaan Nisar. He further said, “Whenever I sing this song on stage, I will play it.” Then Sushant would first come to the mind of the people and how he broke everyone’s heart by taking drastic steps like suicide. I was really shattered and my heart was broken. We worked very closely. This type of loss is very difficult to deal with.

At the same time, he said about nepotism, that nepotism is very bad and people are wasting time discussing nepotism. It is not called nepotism. If nepotism occurs, it is only between the hero and the heroin. No, there is nowhere. Nobody’s father is upset that his son is a director or music director or a singer. You should only ask this question to the actors. Nobody else bothers about it, I’m not. There is no name for nepotism in the music industry.