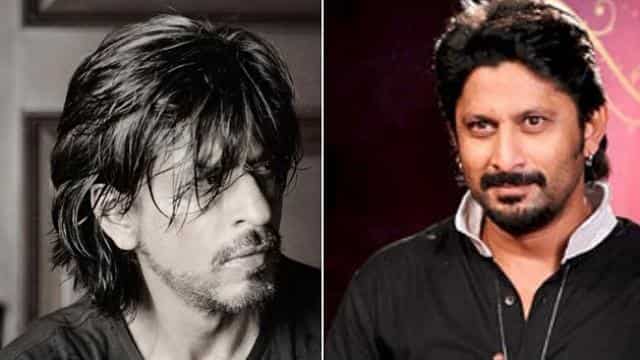 Shahrukh Khan has recently completed his 28 years in the Bollywood industry. Shahrukh has thanked fans on this occasion by sharing a photo of himself. Fans made a lot of comments on this post of Shahrukh, but Arshad Warsi became a fan of Shahrukh’s photo.

This pic would make any man turn gay 😜 https://t.co/vwKsB5jBjS

Fans are reacting heavily to this tweet by Arshad. Somebody is saying that Arshad you control your fantasies. So someone is reminding Arshad of his wife.

What message did Shahrukh give to fans

Shah Rukh wrote, ‘Don’t know when my passion became my motive and then turned into my profession. Thank you all for keeping me entertained for so many years.

Going know when my passion became my purpose and then turned into my profession. Thank u all for so many years of allowing me to entertain you. More than my professionalism I believe my passionalism will see me through many more years of service to all of you. pic.twitter.com/svjEDYZ0TU

He further wrote, ‘I am sure that my passion will still see me serving you all for many more years. 28 years ….. and counting continues. ‘

Farhan Akhtar’s statement on nepotism, said – not every outsider is treated badly

This photo of Shahrukh has been shared by his wife Gauri Khan. Let me tell you that Shah Rukh started his career on the small screen with shows like ‘Circus’ and ‘Fauji’. Then in 1992, Shah Rukh made his Bollywood debut with ‘Deewana’, starring late actors Rishi Kapoor and Divya Bharti in the lead roles. After this he became the king of Bollywood by giving many hit films. Shahrukh was seen in the last film Zero. In this film, she was accompanied by Katrina Kaif and Anushka Sharma in the lead roles. Although the film flopped at the box office. Since then, Shahrukh has not signed any film yet.

Seeing this video of Sushant Singh Rajput, your eyes will also be moist