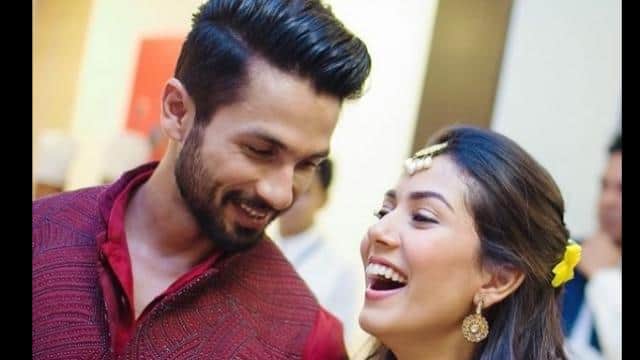 Bollywood actor Shahid Kapoor has returned home from shooting after a long time but his wife Meera Rajput is not happy. The reason for this is the maintenance of social distancing of Shahid. In such a situation, Meera Rajput has expressed her displeasure on social media.

Meera Rajput has posted a photo on Insta Story, in which Shahid Kapoor is seen busy in mobile. He wrote in the caption, My crush has come home, but still there are distances. Meera posted the same photo of Shahid, writing that it is clear that more sweatshirt is getting love than me.

Please tell that Shahid Kapoor was in Chandigarh due to shooting of his film Jersey. He will be seen in the role of a cricketer in the film. Shahid was shooting at Mohali Stadium for the last few days. Now after coming home, due to Corona, he is maintaining social distancing with his wife and children.

Recently Meera shared an unseen photo of her wedding with Shahid, with whom she wrote in a funny caption linking Kovid 19, “Even before the rules were made, there were only 50 people in the wedding.”

Actually, Meera Rajput said in the caption that only 50 people attended Shahid and his marriage, which has now become a rule. It may be noted that the government has made rules keeping in mind the safety of people due to Kovid 19 that no wedding can have more than 50 guests involved, but before the Corona epidemic there was no such rule. In the photo, Meera Rajput looked like a bride wearing a pink lehenga and jewelery. She was seen sitting between her sisters.