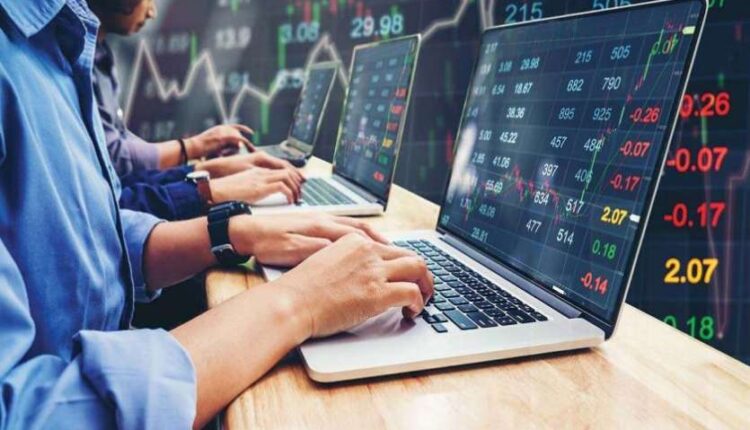 new Delhi. By 4 pm, the NDA has an edge in Bihar. On the other hand, the stock market has seen a tremendous response to the report regarding the corona vaccine. Due to which the Sensex has closed with a historical edge, crossing the 43,000 mark for the first time. On the other hand, the Nifty 50 has also seen tremendous boom. The new record of all time hike has been seen in the Nifty. Pharma and IT sectors have seen a big decline. While small and mid-cap companies have also performed poorly. The banking sector has seen an amazing growth of over 1100 points.

The stock market closed strongly
Apart from the steady rise in the stock market due to the growth in the banking sector, it closed with new record points. The Bombay Stock Exchange’s flagship index Sensex gained 680.22 points to end at 43277.65 points. For the first time, the Sensex has crossed the 43,000 mark. The National Stock Exchange’s leading index Nifty has gained 170.05 points to end at 12631.10 points. The Nifty has closed on its all-time hike. BSE Small Cap 73.07 and BSE Mid-Cap closed down by 16.06 points. On the other hand, CNX Midcap index of foreign investors has closed with a gain of 50.60 points.

Banks shares rise
Firstly, when talking about rising stocks, Bajaj Finance shares saw a rise of around 9%. While IndusInd Bank closed up about 8 per cent. L&T closed up by 7.02 per cent, Bajaj FinServ 6.43 per cent and Housing Development Finance Corporation by 5.58 per cent. On the other hand, shares of pharma and IT companies have seen a decline. Cipla 6.01 per cent, Tech Mahindra 5.90 per cent, HCL Technology 5.30 per cent, Divis Laboratories 4.68 per cent and Nestle India shares declined by 4.20 per cent.

Father Santokh Singh is angry with Shahnaz Gill, said – Swear I will not talk for a lifetime